Cars being sold in the Philippines are slowly getting smarter than before. First, there was the advent of cruise control. The rudimentary function helped your vehicle stick to a certain speed without the need for you to manually control the gas pedal. Then came the likes of adaptive cruise control and lane-keep assist. These features help make driving on highways much easier as the systems basically take over the car allowing the driver to rest.

Since then, cars have been getting better and more complex systems that basically let the vehicle almost become autonomous. Here are a couple of driving assist systems that make vehicles available on the local market today almost autonomous. 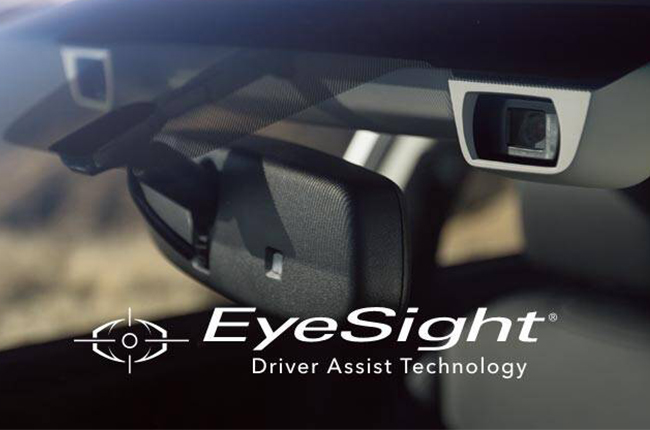 First up is Subaru’s EyeSight system. It works with the use of two cameras that work as an extra set of eyes to see what's ahead and identify if there are any vehicles or obstacles in front. The system also has optimized adaptive cruise control with customizable behavioral settings. It’s also usable in heavy traffic, mind you.

Other functions of the Eyesight system includes lead vehicle start alert, pre-collision braking system, pre-collision brake assist, pre-collision throttle management, lane departure warning, and lane sway warning. All these systems help keep the vehicle in line when traveling on the highway or on roadways that have clear and visible road markings.

Vehicles in the market that currently have the Eyesight feature are the Forester, XV, WRX and STi, Impreza, Levorg, and finally the Outback. 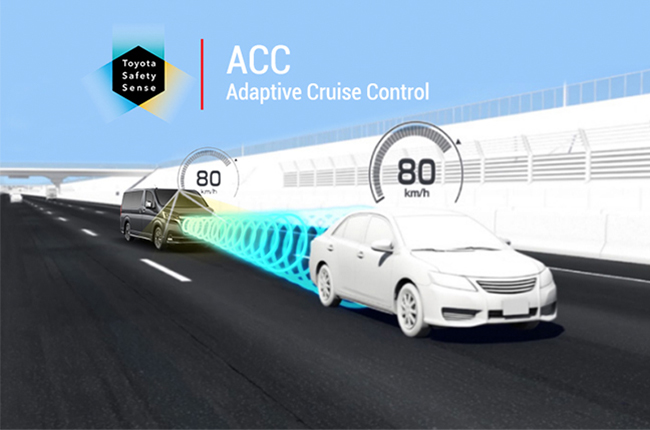 Toyota’s own proprietary safety system, the Toyota Safety Sense (TSS) works in a similar way to that of the Subaru Eyesight system. Instead of using cameras, TSS uses radar and other sensors to detect the environment around the vehicle.

TSS also features similar functions as the Eyesight safety system. It has a pre-collision system that will warn the driver if a crash is near and will apply the brakes when needed to prevent a collision. An included feature in TSS is automatic high beams which will automatically dim the headlights when it detects an oncoming vehicle or if it detects a vehicle in front.

Toyota vehicles that come with TSS that are currently in the market are the Corolla Altis Hybrid and Hiace Super Grandia. There’s no word yet if TSS will trickle down to other Toyota vehicles. Following the trend of the other driver-assist features, Ford has one of its own. It does not, however, have a name for the current version that is featured on the Everest, Ranger, and Mustang. Ford’s driver aids also use radar similar to that of the Toyota to keep the vehicle on the road and at a safe following distance behind the vehicle in front. Similar to the other system, the Ford advanced driving assist technology also features pre-collision warning systems and autonomous emergency braking when the system detects an object. It also has lane assist and lane departure warning to boot. 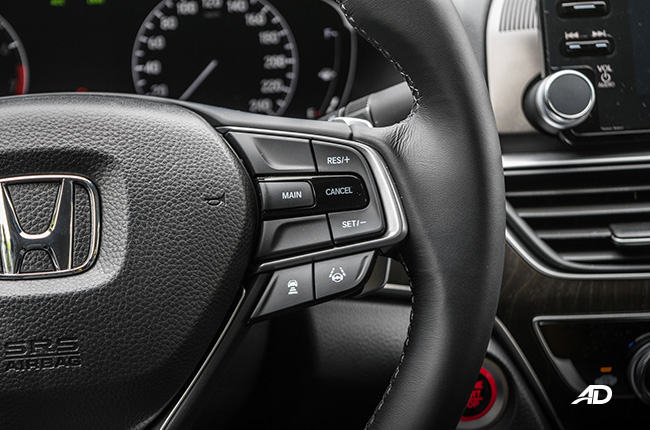 Honda’s own safety system rides the same trend set by the other safety systems. It features lane departure mitigation, collision mitigation, and braking system. It also has adaptive cruise control with low speed follow, which makes it usable within the city just like the EyeSight.

The Honda Sensing can be found in the 2020 Accord and CR-V, but we’ll know for sure if Honda Cars Philippines will equip its other cars with this cool feature. Not to be left out Chevrolet also has its own brand of safety features. Currently, in the market, the only vehicle to have these safety features is the Malibu. The system works via an array of sensors placed around the vehicle to help aid the driver when driving. It features lane keep assist, forward collision warning, hill start assist, blind-spot monitors, rear cross-traffic alert, tire pressure monitoring, pedestrian warning, and adaptive cruise control.

The system, however, isn’t as refined as the rest and may still need to undergo some updates before it can be fully utilized in the unpredictable Philippine streets.

While these systems are indeed smart they are by no means a replacement for an actual driver. The systems have limits and may not be able to respond like how a driver would in real-life situations. These systems are reliant on road markings to help keep the vehicle in the lane when on the highway. Currently, our road markings are not yet up to par with global standards (except on the highway)  and may often not be visible. This will cause the system to freak out and try to stop the vehicle, or ultimately not work.

There is still a long way to go before vehicles can become fully autonomous but for the present day, nothing beats an actual driver being in control of the vehicle.