If you’re in the market for a compact sedan that has a long-running nameplate and is known for its near-legendary reliability then the Toyota Corolla Altis could be for you. The Japanese sedan has made a name for itself over the years thanks to stellar sales figures and sturdy construction.

The 12th generation of the Corolla Altis comes with two engine options. A naturally aspirated 1.6-liter engine and a 1.8-liter hybrid powertrain. These two engine options give you the best of both worlds in terms of performance and fuel economy.

If you want to know a bit more about why Toyota’s sedan has become so popular, here are a couple of quick facts about the Toyota Corolla Altis. The Toyota Corolla was introduced back in 1966 and in a matter of just eight years, it was able to become the world’s second best-selling car. With the Japanese sedan steadily gaining popularity over the years it has grown to be one of the longest-running nameplates in the Toyota lineup. It has also gone through 12 generations, with the latest model bringing in a hybrid variant to the Philippines. Originally just called the Toyota Corolla for seven generations of its production, the Altis name would later be added by Toyota to the 8th generation of the vehicle. The designation was reserved for the top-of-the-line trim level of the Japanese sedan in the Philippines. Separating it from the rest of the Corolla lineup were special badges, a different grille, and a much bigger 1.8-liter naturally aspirated engine. The Altis name would later stick around for the next generation of the vehicle and would be carried over to the 12th generation in the Philippines. Other countries, on the other hand, chosen not to adopt the Altis naming scheme and returned to just referring to the vehicle as the ‘Corolla’.

It was initially rear-wheel-drive. 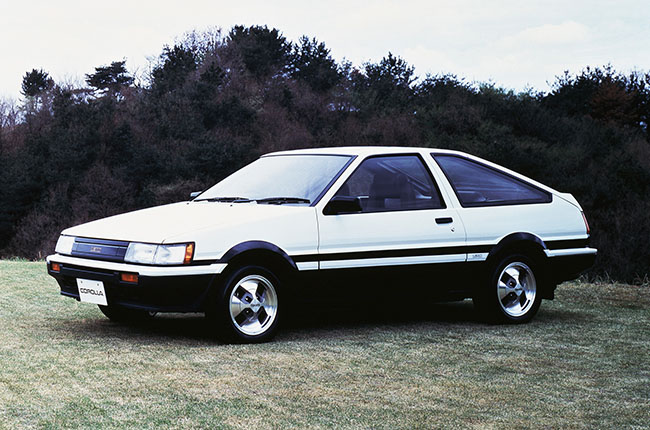 The first few generations of the Corolla actually came in a rear-wheel-drive layout. This meant that engines were positioned longitudinally in order to send power to the rear wheels. The most famous of these generations was the 5th generation and the chassis code AE85 and AE86 platforms, whose spiritual successors are the BRZ and 86. These vehicles became the go-to choice for the racers of the era thanks to the car’s balance and driveability. Even today some of these 80s era cars still ply local roads and racetracks. It wasn’t until the 6th generation of the vehicle when the nameplate switched to a front-wheel-drive layout instead to maximize passenger space. This brought about the introduction of transverse engines to accommodate for the new drivetrain.

The tried and tested engine. 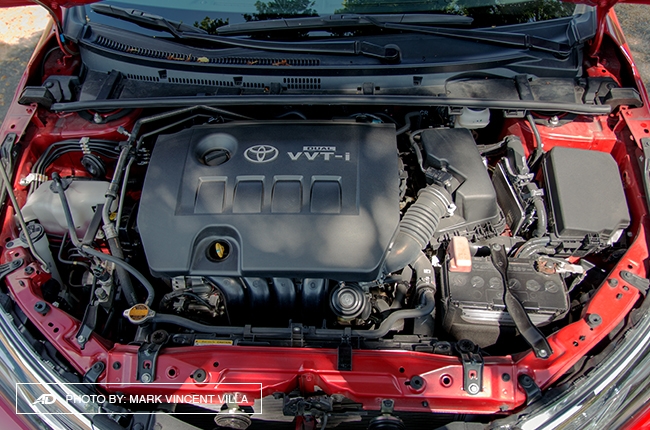 The Philippine version of the 12th generation Corolla Altis actually shares its engine with the older 10th generation model. The 1.6-liter 1ZR made its first appearance during the mid-model change of Corollas that were produced between 2011 to 2013. This brought up the power from 110 hp all the way to 122 hp. The new powerplant also gave the car an extra 3 Nm bump in torque. Thanks to the new 1ZR, a new 6-speed transmission option was also bought in to maximize the power that the engine could offer.