Small hatchbacks are one of the ideal vehicles to consider if you’re looking for a suitable urban jungle warrior. It has diminutive dimensions which could help you get through tight city streets and it can fit 4 adult occupants. Not to mention, small hatchbacks also has ample cargo space for a decent amount of luggage. As such, car manufacturers in the Philippines pit their respective challengers for the segment.

Volkswagen is among the many brands in the local market that’s offering an urban jungle warrior. Say hello to the Polo Hatchback – a German challenger in the tightly contested small car segment.

The exterior of the Polo Hatch is simple. It is less fancy as compared to its competition, which makes this car stand out in roads full off Japanese and Korean hatchbacks. The Polo Hatch doesn’t have flowing character lines and has little to none chrome accents. It’s like the Uniqlo of cars – simple looks but doesn’t lack in class.

Up front, it is fitted with a blacked-out headlights that complement the grille. The vehicle also has front fog lamps, which help improve visibility. Turning at the side, the Polo Hatch comes with a straight character line, which is a common design trait of German cars.

The rear has wraparound taillights and a spoiler that’s integrated with a third brake light. Placed right at the center is the VW badge, which doubles up as the trunk opener. 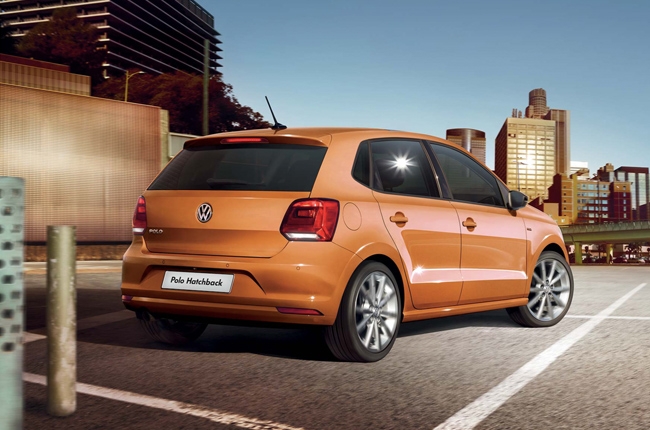 The simple yet premium exterior continues to be seen inside as the Polo Hatch comes with a straightforward theme. It is clean and clutter free and the dashboard features only the essential buttons. In addition, it has a flat-bottomed steering wheel, round air conditioner dials, and power windows. The infotainment system comes with CD and MP3 and Bluetooth connectivity. In terms of safety, this vehicle is equipped with driver and passenger airbags, anti-lock braking system (ABS), and rear parking sensors.

Want a better view of the Polo Hatch? Watch.

Powering the Polo Hatch is a 1.6L gasoline engine that delivers 104 hp and 153 Nm of torque. Shifting is via a 6-speed automatic transmission. Volkswagen claims that this vehicle can go from 0 to 100 km/h in 11.1 seconds and has a top speed of 184 km/h. 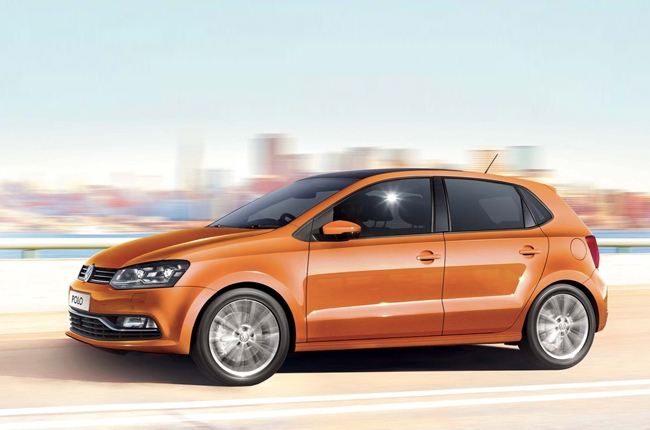 If you want the Polo Hatch to be your first German car, we suggest that this is the perfect time to get one. Why? Volkswagen Philippines is offering the Polo Hatch with a discounted price. It now retails at P898,000, which is more than P50,000 less than its original price.

The Polo Hatch’s timeless appeal makes it a vehicle worth considering when you’re shopping for a car. With all the points mentioned, Volkswagen’s urban jungle warrior is a tempting choice.