It’s been about a year since the Nissan Terra made its debut in the Philippine market. In a span of 365 days, the Nissan Terra has risen to the ranks and defied all negative expectations. In fact, the rookie nameplate is the second most popular midsize SUV here on the AutoDeal site for the first quarter of 2019.

So after a year in the market, this SUV has gotten our attention, sold well, and offered a compelling package for consumers. It is with this honor that the Terra gets it the currently unofficial title of rookie of the year. It’s impressive to see how much ground the Terra had to cover compared to its rivals who have been in the market for so long already.

But like its competitors, the Terra also has a lot of variants to choose from. Which do you pick? As with all the Which Variant segments here on AutoDeal, we say buy what you can afford, and here are the best units for you to spend your hard earned money on. Thankfully, there is only one engine, and it is capable. Most manufacturers would be doing us a favor by simplifying the engine options across all variants because it removes the clutter and confusion that may happen in the minds of consumers.

Needless to say, the Terra is a good buy if you are just looking at its engine. It’s an inline 4-cylinder turbodiesel engine that is capable of 190 hp and 450 Nm of torque, which rivals even the bigger engine of the Toyota Fortuner and can even match the likes of the Ford Everest in some regards.

The entry-level EL MT 4x2 Terra starts at only P1,504,000, but it comes in a manual transmission. It does come with seven seats for the discerning Filipino car buyer. It comes with a set of four airbags, and brake assist features. The headlights are already LEDs even in the base trim. The interior will be spartan, but fork over more for a good unit and get way more kit than you thought was possible. Going up the ladder in terms of specs, and we see the price make a pretty big jump to P1,620,000. A P116,000 difference separates the two variants. So does that mean the automatic really costs that much to buy? Well yes. Whether you get the EL with an automatic or an EL with a manual, there won’t be too much difference. It all boils down to your decision on whether getting a P116,000 price reduction is worth the cost of your left leg stabbing the clutch in stop and go traffic.

So instead of the EL, couple your automatic transmission with a bunch of other features. The VE AT 4x2 seems – ”Very Enticing” that’s probably why it’s named the “VE”. All kidding aside, it has a lot of the features that you can find in the higher end models. It is a good midway between the lower EL variants and the higher VL variants. The only omissions are the power seats, passive entry, leather interior, The Advanced Drive-Assist display on the gauges, a limited slip differential, a tire pressure monitoring system, and the intelligent Around View Monitor with various drive assist features. At a price of P1,707,000, however, you’re paying more for a few refined features as well as a black interior.

What you get in the VE is mostly a trim package. It has the same headlights as those found in the top of the line, then it also rolls on the same 18-inch wheels that the VL’s have. This variant has the same audio package found in the VL trims. It also has a rear back-up camera, so yes if you want a backup camera to come stock with the car, then you have to splurge a little. To cap it all off the VE is a premium looking car for those shopping on a budget, and to summarize, it’s a less high-tech version of the VL. 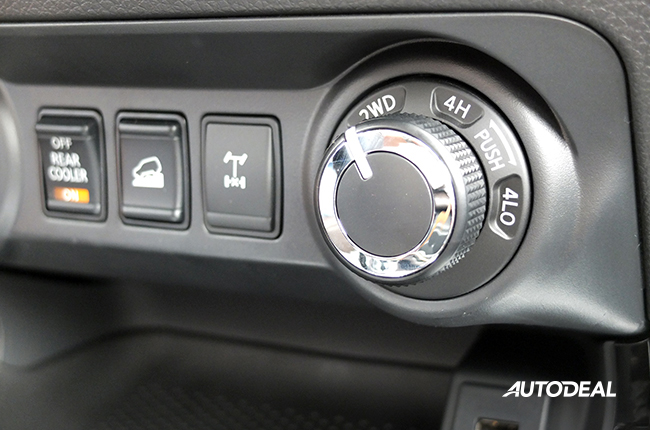 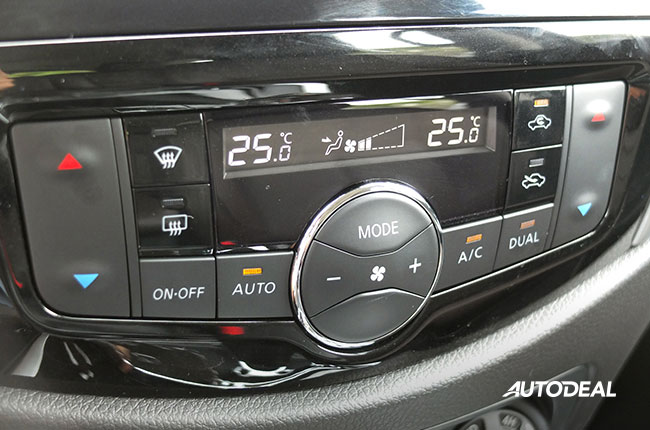 Getting to the top is always a challenge and a reward. Price-wise it means you have to spend at least P1,909,000 pesos for the VL trim. And that’s not even the 4x4 variant. It’s par for the course because most well-known midsize SUVs are going over the two million peso mark for 4x4 variants. With that being said if you want a 4x4 system on your vehicle, prepare to shell out P2,106,000 for the top of the line VL 4x4 variant.

Though the VL models come with a hefty price tag, it does come standard with a bevy of features that would make you feel like you’re really living in the future. You can see around the car with the help of Nissan’s Intelligent Mobility suite of cameras that let you see every angle in order for you to navigate parking spaces much easier. It does come with the Nissan Intelligent key which lets you enter the car with just a press of a button. It also comes with motorized seats and a leather interior that is oh so chocolatey. It also comes with a dual-zone automatic climate control system that will make you so cool, because it is a Nissan.

We cannot answer whether you need a 4x4 system in your car, however. Apart from the ability to go off the beaten path and into uncharted territory, the P2,106,000 price tag is yet another hurdle to be able to traverse hurdles on the road or trail. Like all which variants, there is a lot to consider when it comes to the Terra, though it is tough to discern. Vehicles like these are getting so laden with technology and safety requirements that they cannot help but command a higher price tag than before. The best bang for your buck is usually the mid-level trim, but we cannot ignore that Nissan has been making strides in introducing very enticing features in their top-of-the-line variants.

So our budget-oriented runner up in this segment of which variant is without a doubt the VE trim. It’s one of Nissan’s best sellers for a good reason. It has all the premium features and looks with a less-than-premium price tag. It’s a perfect vehicle for your grocery runs and other errands you may encounter. Like we said in the first segment, however, no matter what Terra you get, 450 Nm of torque can give you a lot of capability. This variant looks the part and looks almost exactly like the VL variants. It seems that there is a common trend here, as the top of the line variant gets the cake. Especially when it comes to midsize SUVs. Brands like Nissan know that this body style is a hot seller in the Philippine market. It has to give consumers over the top features with the hopes of toppling the best selling king of the segment, the Toyota Fortuner. The VL trim is undoubtedly future-proofed enough for us to recommend it. The around view monitor is great, and will undoubtedly help consumers navigate tight spots in the Metro. Being bigger than a Wigo, the SUV could be a bit of a handful, but seeing everything around you without even having to turn your head is a key advantage that this variant has over its lesser brethren.

So there you have it, budget-oriented consumers can opt for the Terra VE, which does look the part and performs admirably. The Terra VL is for those who want some of the best features that Nissan has to offer. The decision is up to you whether a 4x4 system is going to be worth the extra P197,000. Whether or not you decide to take the leap however, the differences are not apparent between the 4x4 and 4x2 units. For the value that the Terra has in its VL trim, we suggest sticking with the 4x2 since most people choose to relegate the car to the city anyway. If you’re not most people, just get the 4x4 and take it out on the trails. That around view monitor can help – a lot.