When traversing the many roads of the Philippines you will at least once encounter a vehicle with blinking lights. This can come in the form of either blinking brake lights or other accessory lights that aren’t standard with the vehicle. That being said, they can pose a potential hazard to you and other road users as they can bring about confusion and can make it hard to distinguish what they are trying to do. With that in mind, here are a couple of reasons why blinking lights for cars are hazardous for other road users. However, the ones that you see on cars nowadays that constantly blink are in no way safe. It makes it harder for drivers to distinguish if the car is stopping or if its running lights are just turned on. Aside from this these kinds of lights also make it harder to see the vehicle at night as they constantly blink instead of being one steady light that gets brighter as you apply the brakes. Blinking brake lights are also illegal and break the Transportation and Traffic Code or otherwise known as Republic Act 4136. Chapter III, Article IV, Section 34 of that law from 1964 states that “Every motor vehicle shall be equipped with at least one lamp which shall throw a sustained bright red light visible under all conditions, even under bright sunlight, when the brakes are applied.” Aside from this republic act it blinking brake lights also go against Presidential Decree No. 96. Under this decree, it states that “it shall be unlawful for the owner or possessor of any motor vehicle to use or attach to his vehicle any siren, bell, horn, whistle, or other similar gadgets that produce exceptionally loud or startling sound, including dome lights, blinkers, and other similar signaling or flashing devices.”

Blinking accessory lights come in many shapes and sizes but are often not part of a vehicle’s standard lighting kit. These can come in the form of flashers similar to what is seen on police cars or security detail vehicles of VIPs. While these are legal to be used by the correct personnel, their use on civilian vehicles is illegal. Not only can these confuse other motorists, but in some cases, it can even blind the drivers behind the vehicle if they are too bright or aimed at the wrong spot. With that in mind, it is best to avoid such lights as it could land you some serious fines and other legal repercussions.

Driving with your hazard lights on

Another form of why blinking lights can be hazardous to other motorists is your hazard lights. Driving with these lights on could easily confuse motorists thinking that you are in some sort of car-related emergency. This will not only danger you but may even give a faulty heads-up to other drivers.

Using them at the right time 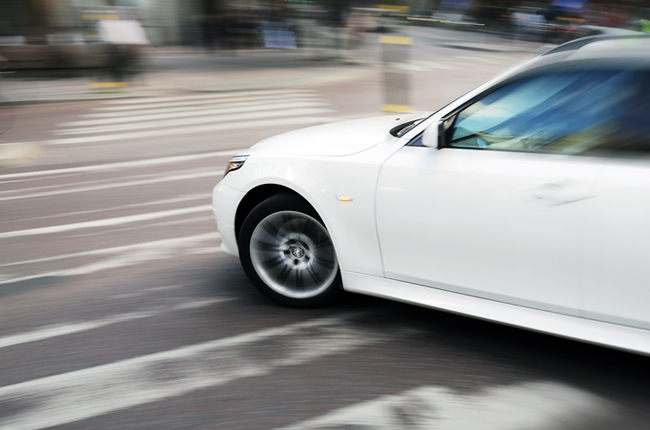 There is a right time and place to use blinking lights and these come in the form of your hazard lights. As the name states these lights are only to be used if your vehicle is a hazard to other users. Its main purpose after all is meant to warn other motorists that something is wrong with your vehicle and that should avoid you as much as possible.

Only use your hazard lights if your car has broken down or if the weather you are driving in is so bad that it causes you to pull over to the side of the road. In this case, it is acceptable to use your hazard lights in conjunction with your normal lights to better make yourself visible to other motorists that may be traveling on the road with you. Again do not use your hazard lights in the event of heavy rain. If you can still drive through it at speed then your headlights and running lights will do just fine. Lighting technology has evolved through the years after all as LED, HID, and even laser light technology has made its way into more modern vehicles.