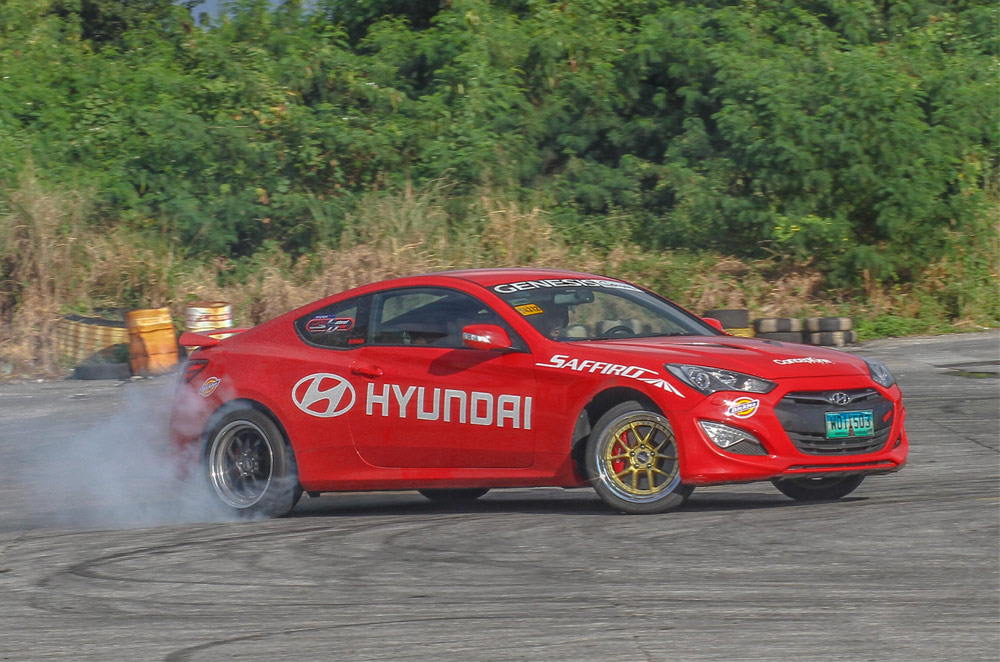 What better way to close this year's 2015 Hyundai Lateral Drift Championship than with a 3-way battle for both Amateur and Pro division titles. The exciting 6th and final round is set to be held this November 28, 2015 at the Clark International Speedway (CIS).

The Saffiro tires Amateur Division features a slim 23 point lead by John Lazaga of team GMW. This is followed by Stephen Ng of team Drivehard Crew with 393 points. Plotting a come-from-behind victory is Alex Nunez of team GMW in 3rd place with 358 points. Nunez has to drive perfectly and pile up the pressure against the front runners to pull off the upset.

The Pro division, on the other hand, has a wild goose chase for the championship. The 2-time champ Gio Rodriguez of team ATOYCUSTOMS is gunning for his 3rd straight Lateral Drift title with 466 points. Meanwhile, after winning last 3 rounds, Boodie Da Basol of team GMW finds himself in the title hunt with 417 points.  Following closely behind is Ralph Tan of team ATOYCUSTOMS with 402 points.

Other motorsports events will happen alongside the 2015 Hyundai Lateral Drift Championship. A drag race, time attack, and a whole lot more are set to get the spectators entertained.

The Hyundai Lateral Drift Championship Series is powered by the 2012 Philippine Sports car of the year, the Hyundai Genesis Coupe. With our official tire sponsor Saffiro Tires, and supported by the following: Dickies, AguilaAutoglass, and Sonax!