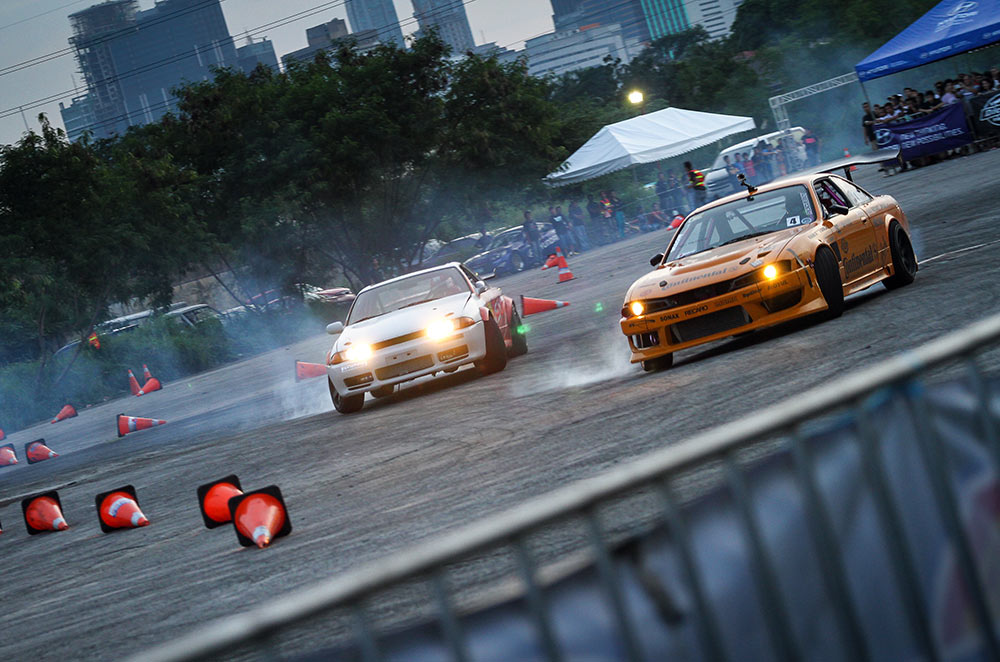 It’s going to be an action-packed motorsports weekend again as the 2015 Hyundai Lateral Championship holds its 5th round this Saturday, July 4, 2015 at the Parade Grounds of the Quirino Grandstand.

After 4 rounds, the competition in the Pro Division is now on high heat. 2-time defending champion Gio Rodriguez of team Atoy Customs continues to dominate with 382 points. Fresh out of his 2 consecutive wins in rounds 3 and 4, Boodie Dabasol of team GMW trails in 2nd with 309 points. Meanwhile, both John Broban of team DriftMob and Ralph Tan of team Atoy Customs share 3rd place with 307 points each. In 4th place is team HKS’ Jet Mathay with 301 points.

It’s still anybody’s game for these 5 drifters as they all still have the mathematical chance of clinching this year’s overall championship title with just a few points separating them.

In the Amateur division, things are just as intense. Stephen Ng leads, while Alex Nunez and John Lazaga continue to keep the pressure up in 2nd and 3rd places, respectively.

Practice session starts at 8:00am. Come 11:00am, the Amateur round will commence, followed by the Pro round in the afternoon. The judging panel will consist of Japanese judges Kimihiro Obata and Hiromi Kajikuma.

Entrance is free to the public. You can also catch it live online through www.sprocketph.com.