According to Honda, the Civic Type R lapped the 20.7 km (12.9-mile) Nordschleife loop in just 7:43.80 at the clock. The record is almost 7 seconds faster than the previous version of the Type R and is around 3 seconds ahead from the Golf GTI Clubsport S. 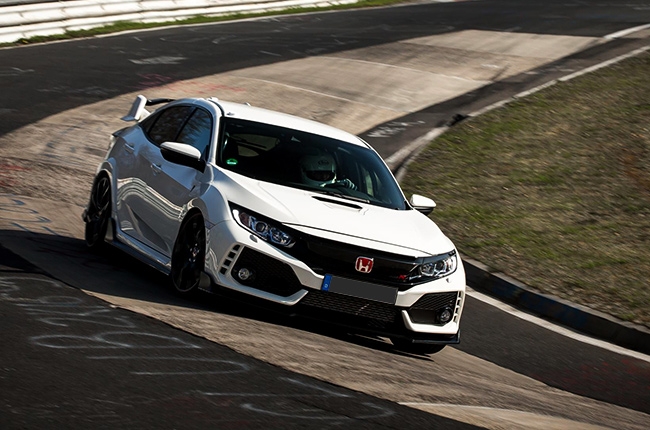 The Type R is powered by a 2.0L turbocharged engine that churns out 306 hp and 400 Nm of torque. It is mated to a 6-speed manual transmission with lower gear ratios, which further improves the vehicle’s acceleration according to Honda.

During the record lap run, the Type R is equipped with street-legal, track-focused tires. Honda also fitted a roll cage for safety reasons. However, the vehicle’s rear seats were removed as well as its display audio system to compensate the extra weight brought upon by the roll cage.

We're still quite clueless whether or not the 2017 Honda Civic Type R will make it to the Philippine market – although it did show up at the Manila international Auto Show earlier this year.

Check out the 2017 Honda Civic Type R’s record lap below: