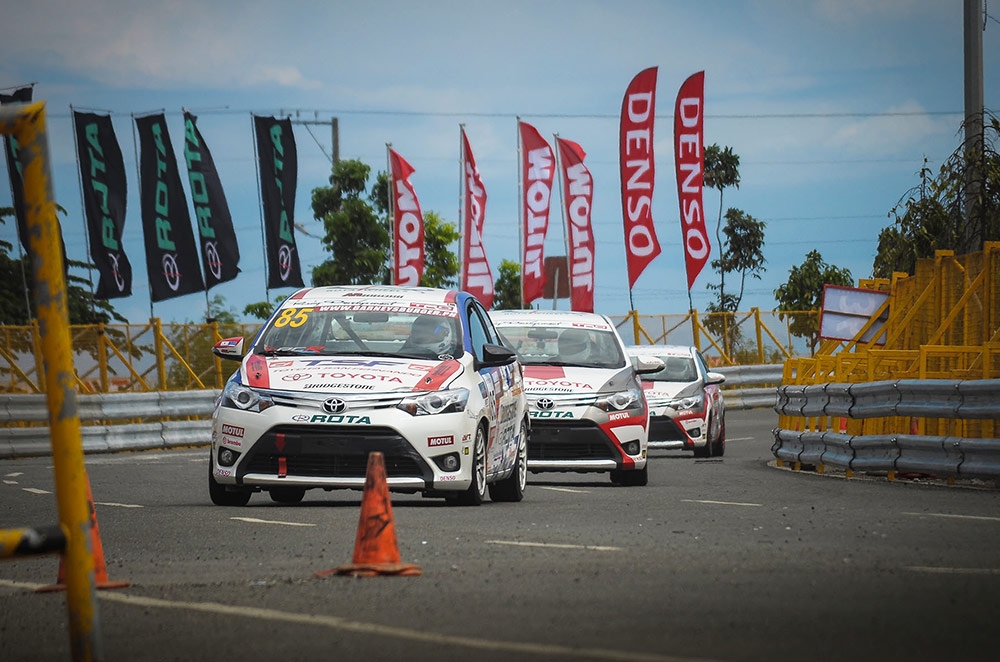 The only one make race in the Philippines—the Toyota Vios Cup—is back. Now on its 4th season, it looks like the race series will feature 4 rounds and more celebrity drivers.

According to the motorsports calendar of the Automobile Association of the Philippines (AAP), the 4th season will kick off on April 28 to 30, 2017 at the Clark International Speedway (CIS), Pampanga. The next 2 rounds, which venues are to be announced on a later date, will happen on June 9 to 10 and September 15 to 16, respectively. Meanwhile, the season finale will head back to CIS on November 10 to 11.

Don’t worry if you can’t make it to these dates, our sources in Toyota Motor Philippines (TMP) said that the Japanese brand will be live streaming the events on their official Facebook page. On the other hand, a Facebook post by Tuason Racing School teased us with a photo of the potential new celebrity drivers this season. Big names such as Cristine Reyes and her husband Ali Khatabi, Sam Conception, and brothers Troy and KC Montero can be seen trying out for the one make race. In addition, other emerging stars such as DJ Cha Cha, Marco Gumabao, Ella Cruz, Chienna Filameno, Arron Villaflor, and Perjhess Wirl Jimenez may make this year’s grid, as well.

Meanwhile, we can only speculate if previous celebrity drivers Sam YG, Jinno Rufino, Joyce Pring, Phoemela Baranda, and Jericho Rosales, among others, will make a return this season.

Do note that the final lineup of drivers will be announced during the official launch of the Toyota Vios Cup on March 14, 2017.