As we know it, sequels often happen after having a successful hit prequel. This year is the second time around that the Philippine Parts Makers Association (PPMA) is holding the Philippine Auto Parts Expo (PhilAPEX) at the SMX Convention Center in Pasay City.

This is unlike any other expo as we get to have a glimpse of the Philippine public transportation’s future. Modernize PUVs that will dethrone the long-existing jeepneys were there to brag about what’s coming. It was a shot to tomorrow and boys and girls, we tell you, we can’t wait to see these vehicles plying our national roads – just like how we can’t wait for the last season of Game of Thrones.

First, we would like to congratulate PPMA for the second PhilAPEX. The first expo was a success and this one just refreshes and reminds everybody that we’re getting closer and closer to modernization. This success wouldn’t be possible if not because of the ongoing support of the Department of Trade and Industry - Board of Investments (DTI-BOI). This just proves that the government is serious about cleaning out our ozones.

Among the participating brands based on the vehicle display are Tata, Mitsubishi-Fuso, Toyota Motors Philippines, Hino, Foton, Hyundai, Suzuki, Foton, JMC and the newly-participating Isuzu. In addition, locally manufactured vehicles (LMV) were also on site. Also making an appearance there is the recently-launched 2019 Toyota Vios. And, what’s PhilAPEX without the local truck and van body builders like Centro, Santarosa, Almazora, among others. 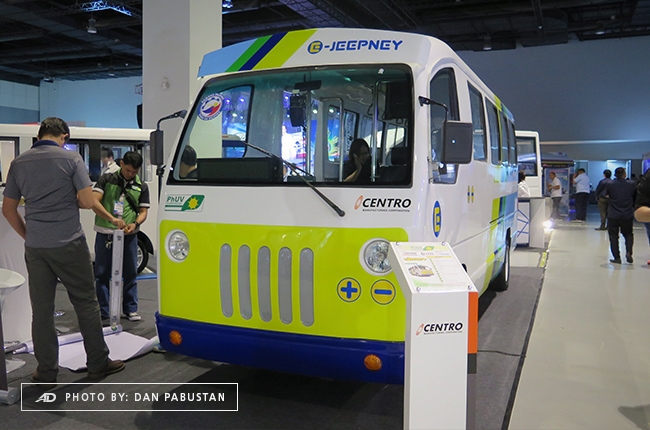 As we circle around the hall, we saw a compact PUV that captured our interests. It’s exterior styling maybe close to the others, as it is also boxy, but the appeal kind of pull it away from the rest. Upon inspection, the vehicle is called the SBX 2 and it’s electric! It would serve as a vehicle to cover the ‘last mile’ distance to and from bus terminals or bus stations and it is designed to run from early morning till midnight.

The cool thing about it is that both the exterior and interior can be easily changed, thanks to its adaptable frame structure. Not only that, it also features a swap-style compact and lightweight battery that can be replaced within five minutes. A proposal of vehicle this small could replace existing tricycles that cover short distances and has less passenger room. The SBX 2 can seat ten passengers and can reach a maximum speed of 40 km/h. Meanwhile, one battery gives the car a maximum range of 60 km at 20 km/h – not bad. If you wish to see these vehicles yourself, you can visit at the last minute as today (August 10, 2018) is the last day of the expo. Come see the future PUVs you might ride one day.