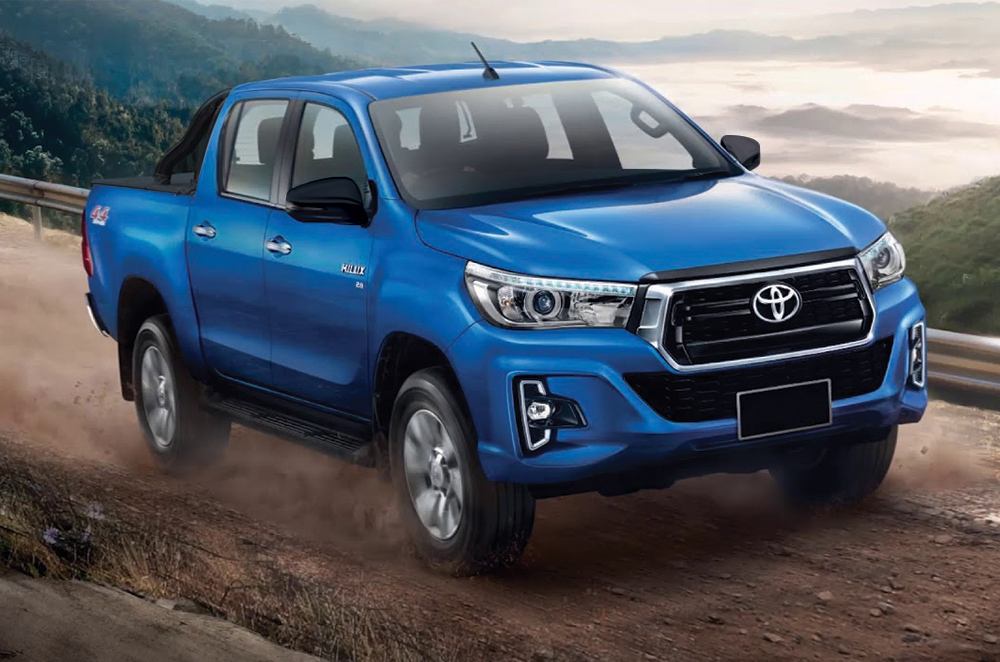 The refreshed Toyota Hilux has been officially introduced here in the Philippines, and now tagged with a new second name: Conquest.

Living up to its new tag, the 2018 Toyota Hilux Conquest is designed to accentuate the Hilux’s tough and adventurous character. For better driving experience and aesthetic appeal, the Japanese brand restyled and added new features to this popular pickup. 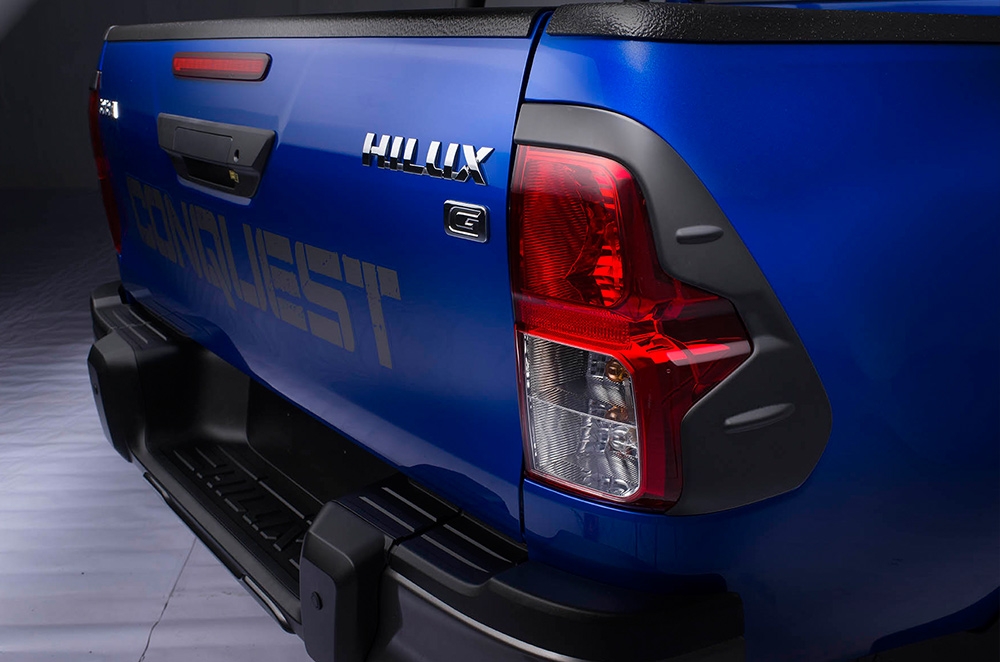 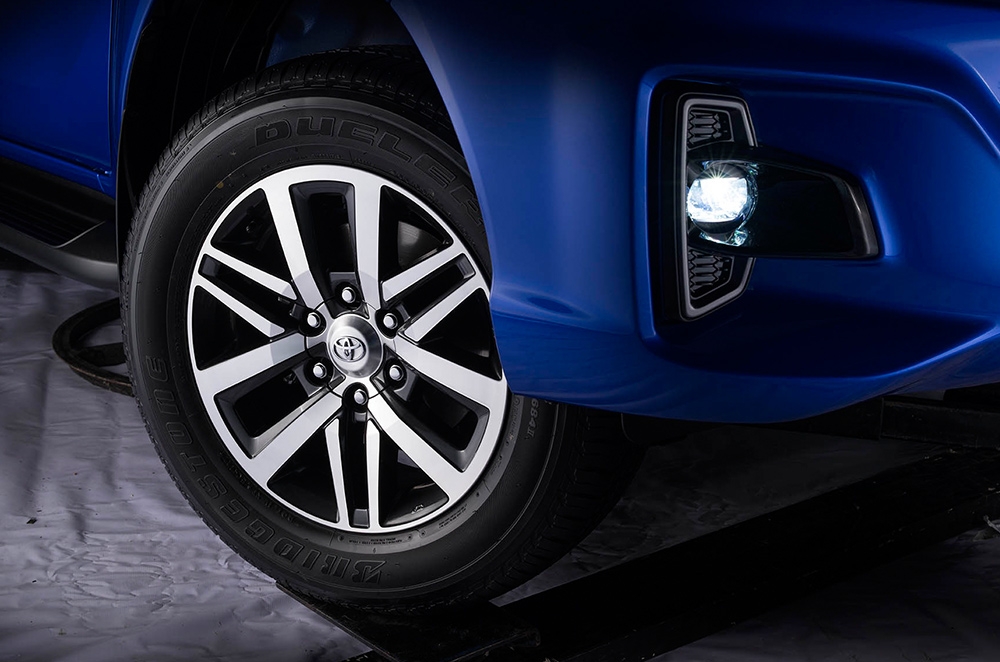 Noticeably, the 2018 version sports a new hexagonal grille, along with projector LED headlights, daytime running lights, and 18-inch alloy wheels. It also gained a new pair of fog light housings, side mirrors, door handles, and sports bar, which are all painted in black. Apart from that, this keyless pickup has finally added rear and side steps for easier ingress and egress. 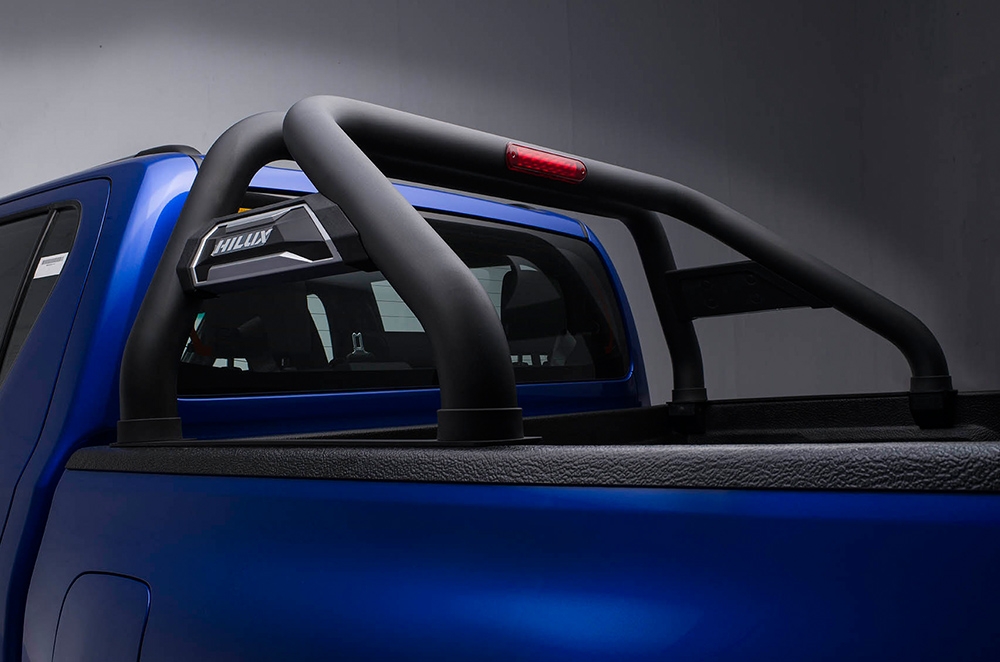 As for the interior, the Hilux received a few tweaks, as it is now covered with black interior trim, and equipped with 6.5-inch Capacitive Touchscreen, as well as steering wheel audio control.

Powering this capable pickup is the same engine the current Hilux lineup has, which is a 2.4L diesel engine that can deliver up to 147 hp and 400 Nm of torque.

For a more commanding appearance on the road, the Conquest is available in colors including Supra White, Attitude Black Mica, and Nebula Blue Metallic. See the 2018 Toyota Hilux Conquest prices below to know which variant fits your budget best.