As you have observed, there aren't much Sports Activity Coupes on the road today. That's because only a handful of luxury brands (Germans, to be exact) produce it. With compact and subcompact crossovers out in the market, is there still room for such type of vehicle?

German automaker BMW had said "yes, there is a market for SACs" 4 years ago when it introduced the X4 nameplate – and they’re all for it as they debut the X4 for 2019.

BMW's next-gen X4—being an X model—still embraces BMW's signature six-eyed face. Though there are changes on some of its key designs, the car features a new shape for the headlamps, which are not continuously connected to the kidney grille anymore. In addition, the fog lights are now incorporated on the side air vents, along with some black detailing for added sleekness. Also, BMW blesses the X4 with slimmer taillights, which in all honesty, makes the car look entirely different from the rear. It's something that pulls it a little closer to its segment-rival Mercedes-Benz GLC Coupe. 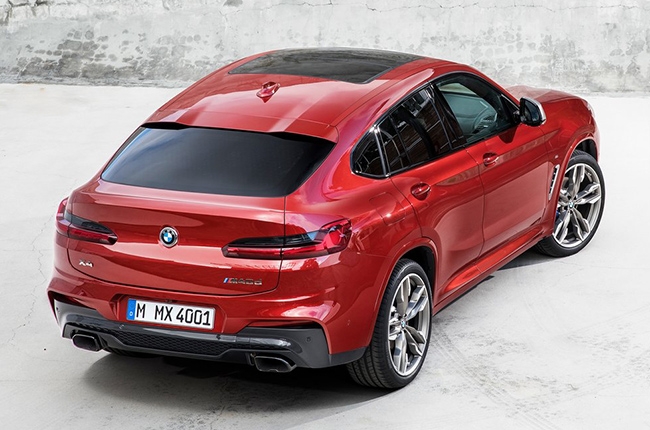 Although there is a conservative amount of changes on the exterior, the deal lies in the dimensions. The next-gen X4 has been stretched on all sides, as it now measures 3 inches longer and 1.4 inches wider. The X4 also has 50:50 weight distribution between the front and rear axles so you could enjoy your drive without having to worry about upsetting the balance of the vehicle through corners.

Interior-wise, space is improved due to the stretched dimensions. Road view has been maximized with lower instrument panel and lifted seating position. Talking about seating, the cabin brags redesigned sports seats with contoured side bolsters for better driver and passenger support. There are also 'X' logos embossed on electroplated surfaces of the front and rear doors, which are fine additions, needless to say. The 2019 X4 brings to the table BMW's advanced assistance system. The car has received the latest version of the iDrive operating system which comes with ergonomic vehicle controls, navigation, communication, and infotainment functions. With these said, the dashboard houses a 10.25-inch freestanding monitor screen that project all necessary information to run the aforementioned functions.

BMW has also been generous enough to give the car a voice control system that would help you find, navigate, and discover places. If you're feeling like you could use a cup of joe, just tell the car that you need one and it will locate the nearest coffee shop for you. Same thing when you're hungry, or trying to find an accessible gym, or any point of interest you'd want to go. The X4, will be rolling out in 2 variants: the xDrive30i and the M40i. With 2 variants under its nameplate, the 2019 X4 offers a choice of BMW's latest-generation engine lineup. First is the 4-cylinder unit that is found under the hood of the xDrive30i. This puts out 248 hp and 350 Nm of peak torque. It can make the car go from 0 to 97 km/h in 6 seconds.

On the other hand, the M Performance M40i model comes with an inline 6-cylinder engine. Maximum output falls at 355 hp and 495 Nm of torque. It can launch the car from rest to 97 km/h in 4.6 seconds. Both engines are paired to a standard 8-speed Steptronic transmission and xDrive intelligent all-wheel drive. This provides the car with the capability of fast gear-changing and the Launch Control function. 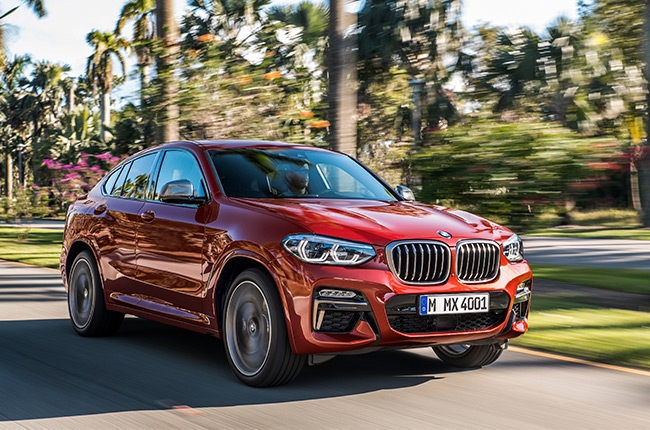 To further give a superior feel, BMW gives the M Performance variant a model-specific design and equipment package. The engine is supported by M-spec features like the M Sport Brakes, M Suspension, M exhaust system, and M Sport differential to name a few. It is equipped with 19-inch alloy wheels, variable sport steering, and firmer spring and damper tuning.

The 2019 BMW X4 is set to be available at any certified BMW center in the US this July 2018. Would you want to see this new model of BMW's Sports Activity Coupe? The wait is on as BMW Philippines has yet to announce its plans.