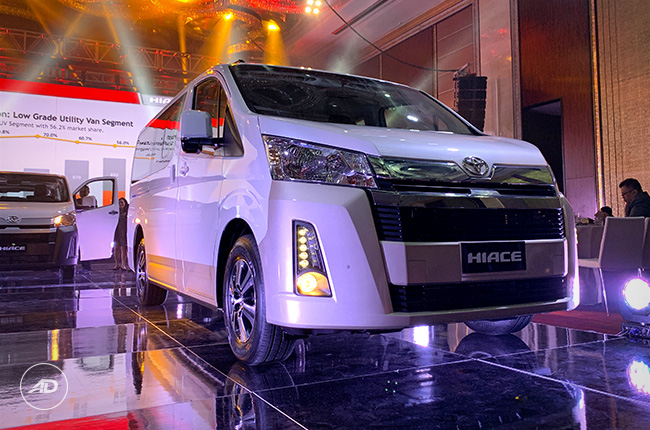 It’s been a while since Toyota Motor Philippines has updated its best-selling van. Sure, it has received some proper nips and tucks since the outgoing model was introduced in 2004, but it essentially stayed the same for almost 15 years. But, that ends today.

TMP introduces the sixth-generation 2019 Hiace in a grand global launch, which means this is the first time that the world will officially see the passenger van in the metal. Even better, the all-new commercial vehicle is armed with a new shape, better interior amenities, and a more powerful engine. 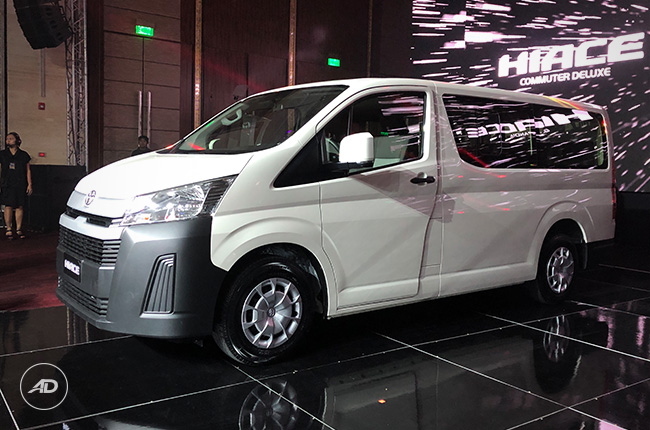 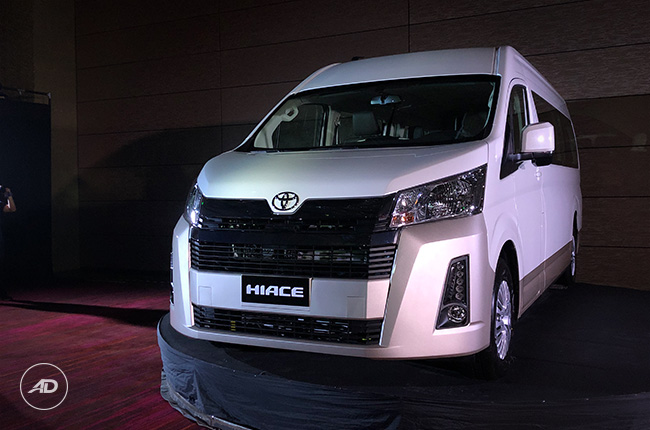 First things first: it’s hard to miss that fresh-looking fascia. Deviating from the usual mid under-the-driver engine design of vans, the 2019 Hiace gets a nose which is where the engine now resides. Without even testing it, we know that this would benefit a lot of things – interior space, NVH insulation, and yes, better driving position. But let’s reserve the ultimate judgment for our in-depth review of the Hiace.

The huge headlamps are flanked with a horizontal chrome grille that’s accentuated with thinner black horizontal slats. The GL Grandia also sports a blacked-out chrome and vertical daytime running lights that highlight the fog lamps. In profile, the high-roof design of the GL Grandia Tourer variant is easily noticeable, along with the defined wheel arches. The rear, on the other hand, isn’t too much deviation from the outgoing model.

The all-new Hiace has an essentially longer wheelbase than its predecessor – 3,210mm versus the 2,570mm of the outgoing Commuter and GL Grandia. The GL Grandia Tourer is even longer at 3,860mm. As expected with the new body design, the 2019 Hiace has a more natural feel to its cabin since the part where the engine previously resided is now cleared off for more legroom. There are three variants showcased by TMP: Commuter Deluxe (15-seater), GL Grandia (12-seater), and GL Grandia Tourer (14-seater).

In the front cabin, the seat height is noticeably lower than before, albeit, still high. The dashboard-mounted gear shifter makes the seating spacious, while the two-tone theme and the corner glass windows make for an open cabin feel. Entertainment remains a 2DIN system for the Commuter Deluxe, but GL Grandia variants will have a touchscreen infotainment system. Several air-conditioning vents are found up front, while rear A/C vents stay the same as before near the front cabin. The 2019 Hiace is powered by a more powerful 2.8-liter 1GD-FTV diesel engine with varying outputs depending on the variant. Of note, this is the same engine found in the Fortuner, Hiliux, and Innova. The Commuter Deluxe gets 176 hp and 420 Nm torque; the GL Grandia gets 176-hp and 450 Nm torque; and the GL Grandia Tourer gets 163 hp and 420 Nm torque. It's available in 6-speed manual and 6-speed automatic transmission variants while having a new leaf spring suspension and a smaller turn circle for better maneuverability than the outgoing model.

For safety, ABS and dual front airbags are standard, along with a new center airbag for the central passenger in the Commuter Deluxe, as well as individual seatbelts for all passengers and drivers. GL Grandia and GL Grandia Tourer get extra Hill Start Assist, Brake Assist, Vehicle Stability Control, and Rear Parking Sensors. The Tourer gets rear parking camera exclusively.

The all-new Hiace is available in the following variants with the corresponding color choices and price tags: