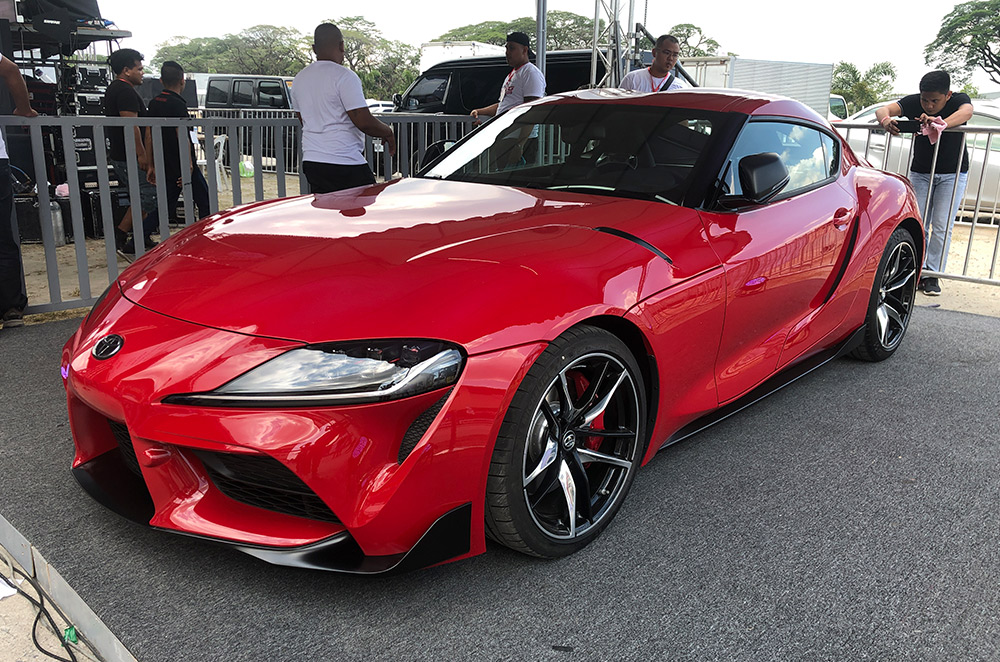 They say good things come to those who wait, and in this case, the 2019 Toyota Supra has finally made its first public debut in the Philippines during the 2019 Toyota Vios Racing Festival in Clark, Pampanga, much to the excitement and relief of enthusiasts and Toyota Supra fans. Driven by Mr. Satoru Suzuki, president of Toyota Motors Philippines, this fifth generation Toyota Supra stole the spotlight, shod in Renaissance Red with gunmetal wheels and red Brembo brake calipers.

After much speculation and endless waiting by the motoring public, the 2019 Toyota Supra’s presence over the Vios Racing Festival weekend is a sure sign that local units can be purchased soon. How soon and how much? We don’t know just yet, but we did find out a few things snooping about the car. 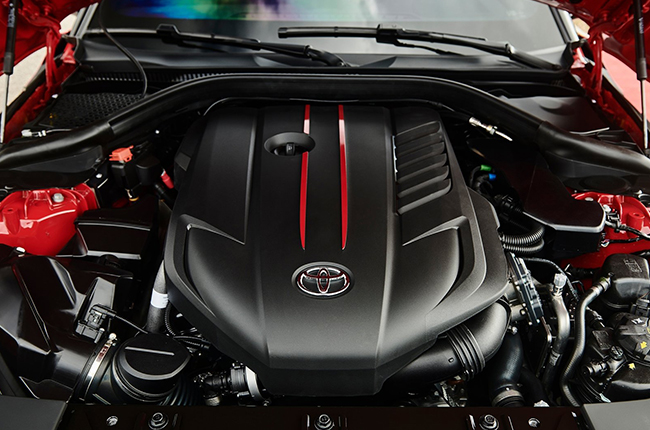 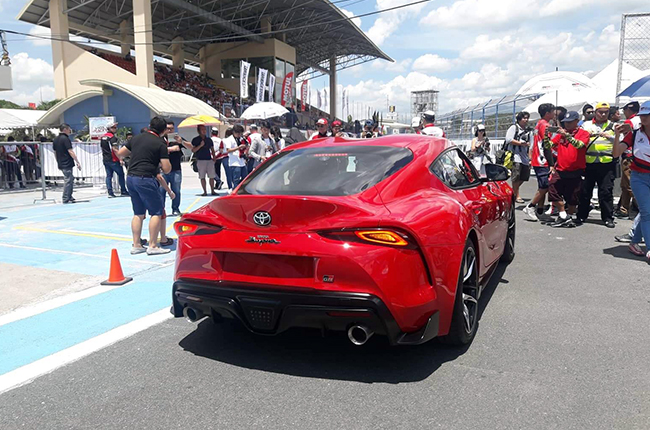 First of all, the A90 Toyota Supra shown off here is made in Austria, alongside its platform-mate, the 2019 BMW Z4. In fact, the two cars share a lot in common, which we’ll be talking about very soon. The Toyota Supra revealed at Clark also had some interesting rear badging; the presence of the Toyota logo at the top of the newer generation Supra font indicates that the unit is not for sale in the US market. What does this mean? Well, from what we’ve dug up, it means that there’s a chance that we could be getting two engine options in the Philippines.

You see, the US market Toyota Supras only come with the more powerful BMW produced 3.0L turbocharged inline six cylinder, good for 335 hp and 500 Nm of torque. They don’t get the 2.0L turbocharged inline four cylinder with two states of tune, one that makes 194 hp and 320 Nm of torque, and another producing 254 hp and 400 Nm of torque depending on the variant. All engines will be mated to an eight-speed automatic transmission, and there's no manual variant available. In short, everyone else except the US market gets the entire engine lineup, us included, by the looks of it. The one we saw at Clark, however, was definitely the 3.0L mill. It also seems like the BMW influence has rubbed off on most of the Toyota Supra’s interior bits. Actually, save for the badging on the steering wheel, the BMW vibe is very strong, with switchgear, buttons, and even the infotainment screen being a version of BMW’s iDrive but with Toyota logos and custom screens. That’s not a bad thing, however, and we did see some interesting features such as adaptive cruise control on the steering wheel and very upmarket material choices. Adaptive LED headlights also look like a standard feature on the Toyota Supra, as is a reversing camera. Nice. No idea if we get the adaptive suspension as standard or as an option, but that would be a great feature to have given our varying road conditions. The choice of alcantara or leather sport seats might be a reality, too, depending on the spec when locally launched.

Related: The base four-cylinder 2020 Supra should be called ‘Just-OKpra’ Unfortunately, there was absolutely no chance of driving the 2019 Toyota Supra at Clark, no matter how close we were to the executives and top honchos of Toyota Motors Philippines. Nevertheless, it was absolutely amazing to see the new Toyota Supra in the metal, and while some of the guys are split on the looks, after seeing it in person, I think it’s really growing on me. Thankfully, the case of the Toyota Supra is now a “when” rather than an “if”. As usual, we’ll keep you up to date on any impending release dates, pricing, or available variants as we get any updates.