The automotive industry is slowly shifting into much cleaner means of locomotion with the rise in popularity of hybrids and electric vehicles. However, there are still other markets that prefer a good old diesel engine thanks to the power it provides along with the much more affordable fuel that it uses. Over in India Honda has just released the specifications for a diesel-powered version of the compact sedan ahead of its official July launch. On the outside the India spec Honda City shares in the same design of its Thai counterpart. However, where things differ is in what's under the hood. The Indian version of the Honda compact sedan comes powered by a 1.5-liter i-DTEC turbo-diesel motor that makes 98hp and 200 Nm of torque. While the engine may seem weaker than its 1.5-liter naturally-aspirated gasoline counterpart it more than makes up for it in terms of torque. 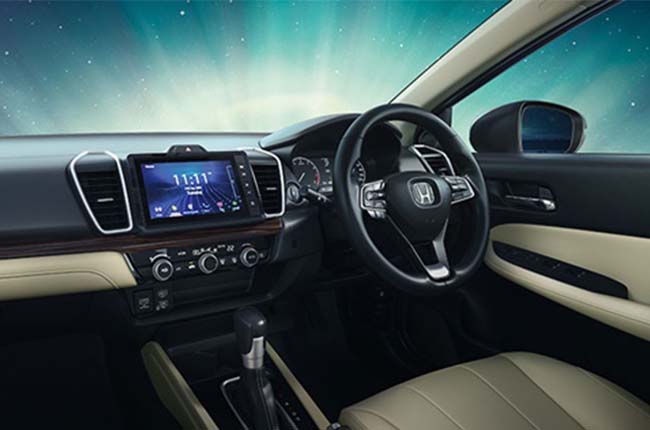 As the 2020 Honda City has been adapted to the Indian market it also comes with a few premium touches that help localize it. It now comes with a beige-colored interior, an optional sunroof, a 6.9-inch full-color TFT instrument panel, padded interior trim, a leather-wrapped steering wheel, and faux wood grain garnishes. On the technology front, Honda has also added Amazon Alexa integration into the City for easier management of the vehicle's infotainment-based apps as well as other in-car functions.

The pending release of the 2020 Honda City turbo diesel presents a very interesting possibility for markets outside of India. It is important to note that India has very strict diesel emissions regulations and as such the diesel-powered City could be easily adapted to other markets such as the Philippines, though that is assuming that manufacturing for the diesel powerplants comes closer to home.