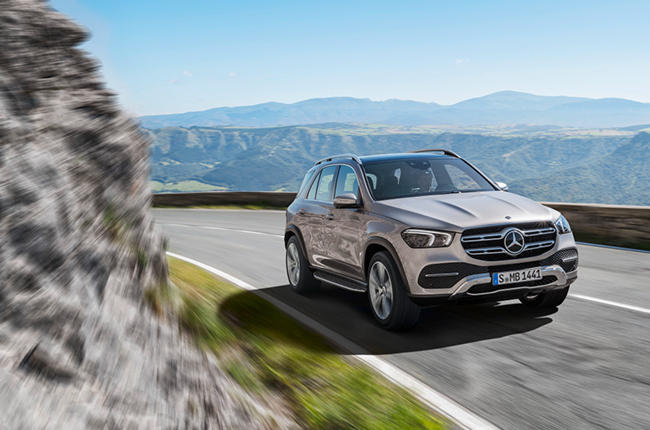 Photos and information about the 2020 Mercedes-Benz GLE came in a bit too early for its Mondial de l’Automobile in Paris debut in October. Looks like the new GLE had a bucketload of new toys and a fresh look.

Premium SUVs of Mercedes-Benz badge has been around since 1997. It has been more than two decades of making raised luxury vehicles for the German marque. Throughout those years, the GLE was the best-selling SUV in Mercedes-Benz’s history, and right now, the German marque claims that more than five million customers have bought a Merc SUV – two million of which are for the GLE.

"The GLE exhibits iconic Mercedes-Benz design while remaining true to its character as an off-roader. With its design idiom it perfectly embodies our design philosophy of sensual purity, thus representing modern luxury. The interior derives its fascination from the contrast between the luxurious and elegant design and the digital high-tech of our MBUX system."
Gorden Wagener
Daimler AG Chief Design Officer

Straight from how it looks from the exterior, the 2020 GLE appears to have been tamed down a bit. It doesn’t look like as flashy as the predecessor, which features the same headlamp shape found on its smaller counterparts. This time, the headlights are now smaller and simpler, while the front bumper looks more conservative, too, compared to the sportier one from before. On the flip side, the grille is more expressive on the 2020 model, as it gets a new shape and slat design. 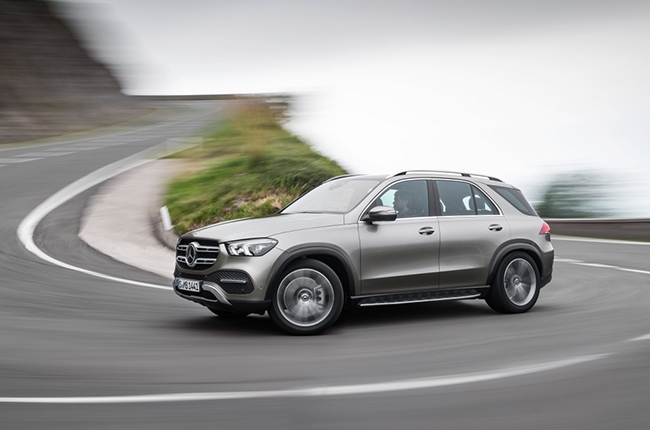 You may get us wrong on this, the GLE isn’t boring to look at, yet at the same time, it may not also be the most exciting SUV in appearance. For Mercedes-Benz, the exterior isn’t just about the car’s appeal but a mixture of varying things to consider. One of these is aerodynamics, which is observed in many areas of the vehicle’s exterior such as the wheel spoilers on the front and rear wheel arches. They even went as far as having Aero-wheels with aerodynamic tires.

While the exterior celebrates an aerodynamic fiesta, the interior is where the main event is. Mercedes-Benz is putting it this way, “luxuriously elegant and powerfully progressive,” simply because they can. The car justifies this claim, as it boasts sporty yet stylish cockpit that features dashboard support with raised infotainment-multimedia display for a free-floating illusion. Meanwhile, the controls and dials with haptic and audible feedback on the center console where rearranged to achieve more ergonomic functionality.

The 2020 GLE is tailored to seat seven people, yes, and this is further made convenient by stretching the wheelbase by 80mm, resulting to a measurement of 2,995mm. With this, legroom and headroom on both second and third row seats substantially increased. The second row’s legroom is now 69mm roomier, while the headroom on the third increased by about 33mm. Even the front entry comfort is now better, thanks to the more upright A-pillar. 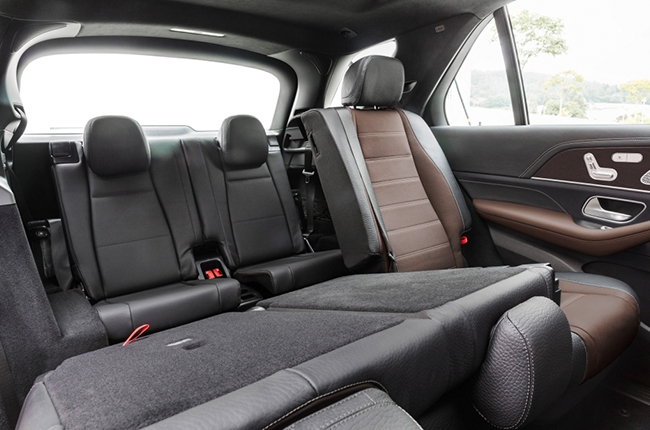 Luggage capacity for the GLE is at 825 liters, that’s when the rear seats are up. Fold the third and second row and get an overwhelming 2,055 liters of cargo space. Did we mention that the second-row seats feature 40:20:40 folding ratio? They do. A surfboard, or anything with such length, may easily be loaded along with rear passengers by folding the third and second row. Oh, the second-row seats are electrically adjustable.

Meanwhile, if you are familiar with the German brand’s technology, the Mercedes-Benz User Experience (MBUX) now comes with optional Interior Assist. Interior Assist features a camera that reads arms and hand movements from the driver and front passenger. Say, when the driver reaches for the multimedia display unit, the screen will react by changing the display with highlighted elements in preparation for the driver’s command.

The latest-generation of the brand’s MBUX got this 12.3 multimedia and infotainment-in-one screen. This stretched display screen projects the instrument cluster and media information screens simultaneously side-by-side in high-resolution. 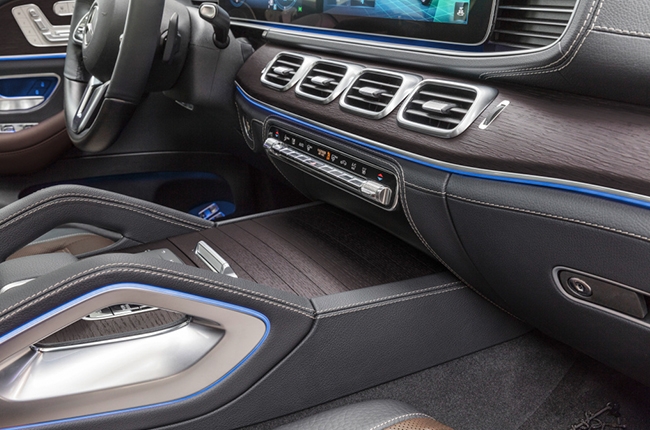 Mercedes-Benz handed out the details on the 2020 GLE’s powerplant. However, the initial information only has the details about the GLE 450 4MATIC with EQ Boost. This one will be powered by a six-cylinder gasoline engine supported by a 48-volt E-Active body control suspension system. This mill can put out 367 hp and 500 Nm of torque with additional 22 hp and 250 Nm of torque via the EQ Boost. This engine is then coupled to a 9G-Tronic (nine-speed) automatic transmission. For safety and convenience, the 2020 GLE features Active Stop-and-Go Assist for the driver’s convenience, as this keeps the car on its lane and maintain driving distance from vehicles around it. Along with this are a fleet of more ‘active assist’ technology such as Active Brake Assist, Active Steering Assist, Active Distance Assist, Active Blind Spot Assist with exit warning among others.