After its global debut in July and subsequent spy shots on public roads, the refreshed 2020 Montero Sport finally makes its Philippine debut – and we have the photos, specs, and pricing here.

The new Montero Sport is essentially a true-blooded facelift, with the bulk of updates observed on its exterior design, and then some. Of note, the tri-diamond SUV now follows the design direction of the big cars in Mitsubishi’s stable, particularly with the lighting configuration. Upfront, the Monty gets a similar fascia with the Strada, but with one extra slat on the satin chrome grille. Just like the pickup truck, the SUV gets a two-tier larger-than-life light configuration – those on top are the LED daytime running lights and headlights, while those below are the turn signals and halogen fog lamps. Of note, only the GT and GLS variants are equipped with LED headlights, with the GLX relegated to just halogens.

Not a fan of the Montero Sport’s “crying” taillights? Well, they’re here to stay, albeit, a bit thicker and shorter this time around. The lower reflectors don’t cross the rear bumpers anymore. Nevertheless, you get to enjoy a redesigned 18-inch two-tone alloy wheels in the top-of-the-line Montero Sport. Inside, the refreshed Montero Sport gets subtle updates that only those who have owned one would probably notice. The biggest change is found on the instrument cluster wherein a graphic 8-inch LCD screen on the GT trim will greet you. It looks nicer in real life than on photos, mind you.

Another update to the Montero’s interior is the 8-inch touchscreen infotainment system. Apart from being bigger than the outgoing model, the system now has Apple CarPlay and Android Auto, which makes for seamless smartphone integration. It also has offline navigation, courtesy of Tomtom Navigation while the sound is produced through six speakers (only four on the base GLX trim). The base of gear lever gets a new look, as well, along with a revamped layout of the electronic parking brake and cupholders. Other features found on the Montero Sport include the 8-way motorized driver’s seat adjustment (GT only), dual-zone automatic climate control (GT and GLS), push-button ignition (GT and GLS), speed-sensing door locks, and cruise control.

Now, get this. On our review of the Montero Sport’s predecessor, our main gripe was the lack of USB charging ports in the second row, as well as a power tailgate system. This year, however, Mitsubishi must have heard our wishes and finally gave us a USB charging port (GT and GLS) and power tailgate system (GT only). The GT and GLS variants even come with a 220V power outlet. Kudos to Mitsubishi for that. 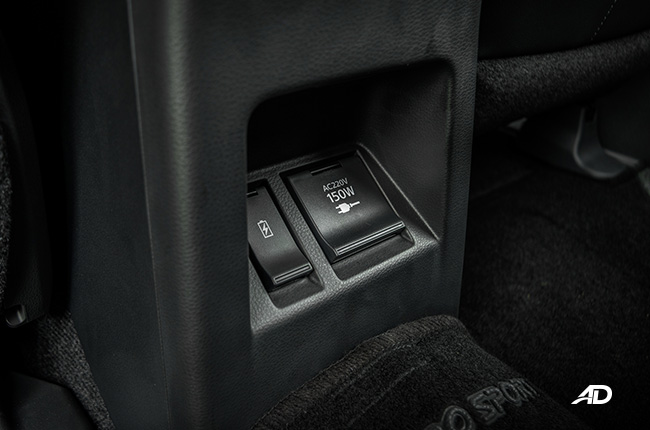 As this is just a facelift, the 2020 Montero Sport retains its engine – the 2.4L In-line 4 DOHC 16-Valve Clean Diesel with VGT and MIVEC, producing 176 horsepower and 430 Nm of torque. The 8-speed automatic transmission’s carried over, too, while a 6-speed manual transmission is available for the base variant. 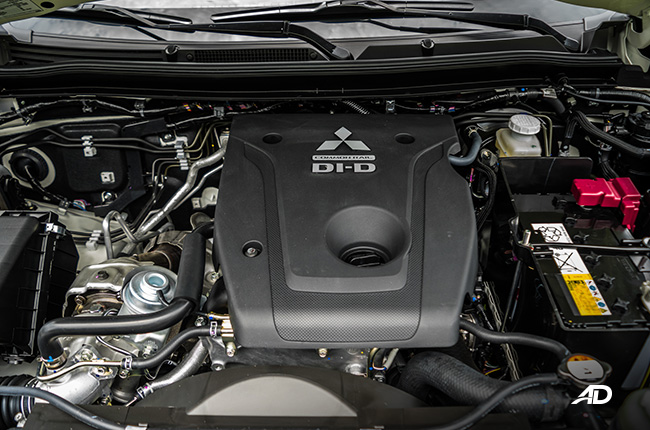 For now, the new 2020 Montero Sport has three variants, with the pricing listed below:

Now, if you’re wondering why there’s no 4x4 variant on the list, Mitsubishi Motors Philippines Corporation (MMPC) said that it will bring the said variant by Q1 of 2020. The upcoming GT 4x4 variant will also get the smartphone technology that the global Montero Sport model has. It might even come with the adaptive cruise control feature that’s present in its predecessor, but that would certainly come at a price.

In the meantime, all we can do is wait for the real range-topper and just be thankful that Monty didn’t cross the P2-million mark… yet. 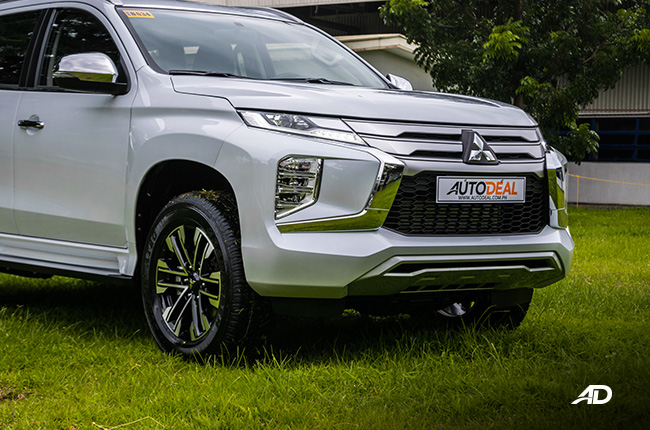 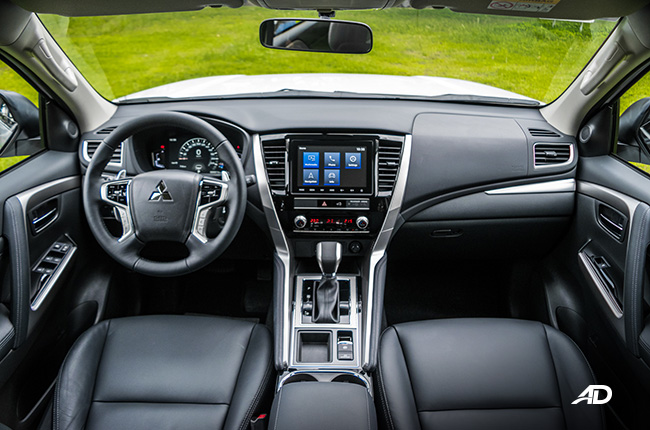