The Covenant Car Company Inc. the exclusive distributor of Chevrolet vehicles in the Philippines has officially introduced an updated version of the Trax. In its recent update, the now called Chevrolet Trax Premier has received a refreshed look along with new features that will make the vehicle even more attractive to prospective buyers. 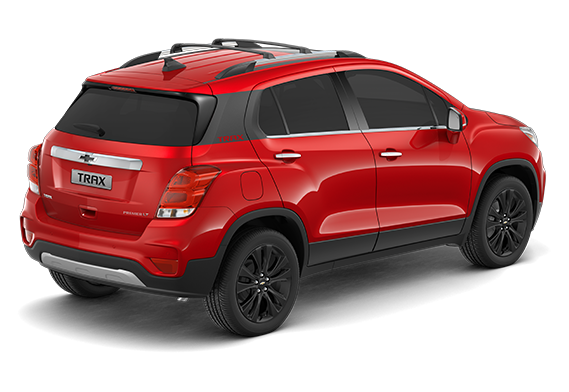 On the outside, the 2021 Chevrolet Trax Premier retains its familiar shape. However, Chevrolet has added a few new touches to give the vehicle a more aggressive look. The Golden Bowtie has given the crossover a new set of ‘Aggressive Carbon Gray’ alloy wheels that come in either 16s or 18s depending on the variant. To add this the automaker has also added new blacked-out bow-tie emblems to the vehicle along with a ‘Premier’ decal on the tailgate and functional crossbars to the roof rails.

The refreshed crossover can now be had in the following colors: Abalone White Tri-Coat, Black Meet Kettle, Pull Me Over Red, Seeker Metallic, Switchblade Silver, and Summit White. On the inside, the Chevrolet Trax Premier comes with the same cabin as its predecessor. Where they differ is the addition of a new infotainment system as well as new in-car features. The LT variants now come with a 7-inch MyLink infotainment system that now comes with Apple CarPlay and Android Auto capabilities. The LS variants, on the other hand, come with a 2-DIN sound system that comes with MP3/WMA, Aux, USB, and Bluetooth connectivity.

Other additions to the crossover include a cabin air ionizer that helps keep the interior sanitized along with a 1080p dashcam with smartphone viewing capabilities. The new addition helps give the vehicle extra security that car owners will appreciate while on the road. The last addition to the cabin comes in the form of a cargo tray that adds another storage option to the crossover. Power the 2021 Chevrolet Trax Premier is the same 1.4-liter Ecotec turbocharged gasoline engine. Similar to the older model it still produces 140 hp and 200 Nm of torque. Power is sent to the front wheels via a 6-speed automatic transmission for all variants. When it comes to upgrades the usual notion is that these will come with an increase in price. Such isn’t the case for the updated 2021 Chevrolet Trax as it retains its same price point. The Premier LS can be had for  1,185,888 while the Premier LT variant can be had for P1,535,888.