The 2021 Rolls Royce Ghost has officially launched featuring a new more simplified design that still carries the luxurious style and feel that the brand is known for. While it may look similar to the outgoing model, there are noticeable differences between the two. The Ghost, being Rolls Royce’s most successful product in the company’s history, has been altered slightly for this new model. It appears that the company with the old adage “if it ain’t broke don't fix it” and it appears to have worked for this new iteration. All the parts of the vehicle are new with the exception of the door umbrellas and the Spirit of Ecstasy hood ornament. 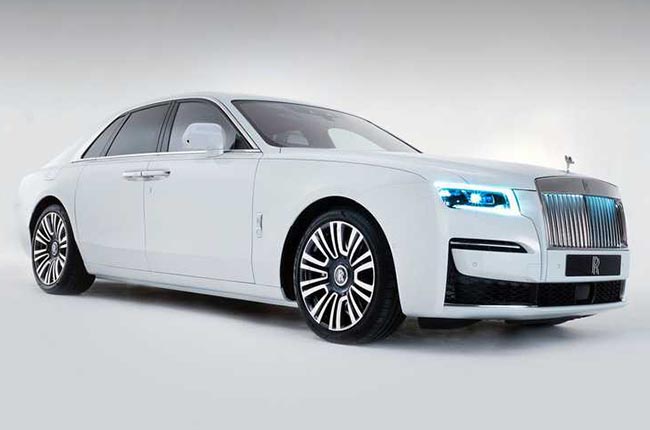 For the new iteration of the vehicle, the engineers at Rolls Royce were given free rein to enhance and update the vehicle. As such the BMW chassis that the previous model utilized has now been axed in favor of a new platform. The new luxury sedan now rides on a new dedicated Rolls Royce Architecture of Luxury - a platform that it shares with its bigger brother the Rolls Royce Cullinan SUV and the Rolls Royce Phantom flagship.

In its pursuit of “post opulence”, the new Ghost comes with a pared-down aesthetic throughout the vehicle. Gone is the wrap-over radiator shell, as it has now been relegated to just the nose of the car. This design change has forced the Spirit of Ecstacy to be moved forward as she now resides on the leading edge of the luxury vehicle. Along with those changes the front end of the Ghost has been resculpted to be smoother, with a single frame lower intake that curls up at the edges and dovetails into chrome strakes. Further design changes include the deletion of the stand-alone signal lights and the addition of new upset headlights for the vehicle. 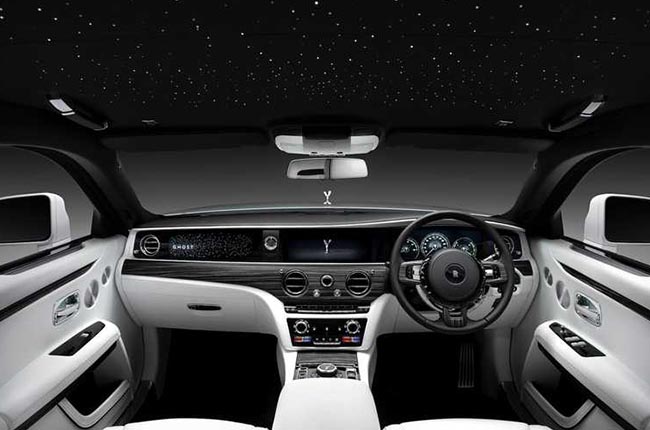 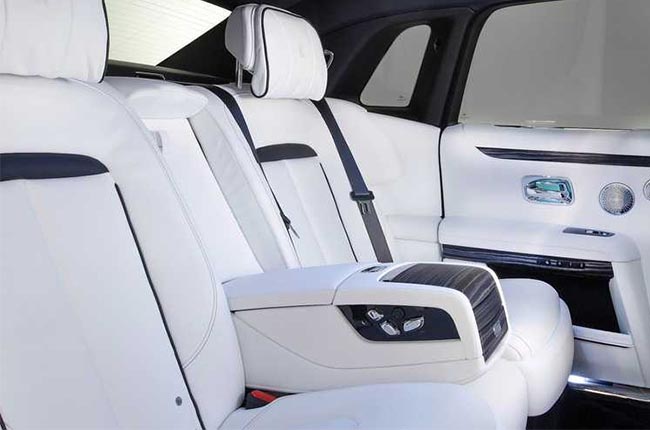 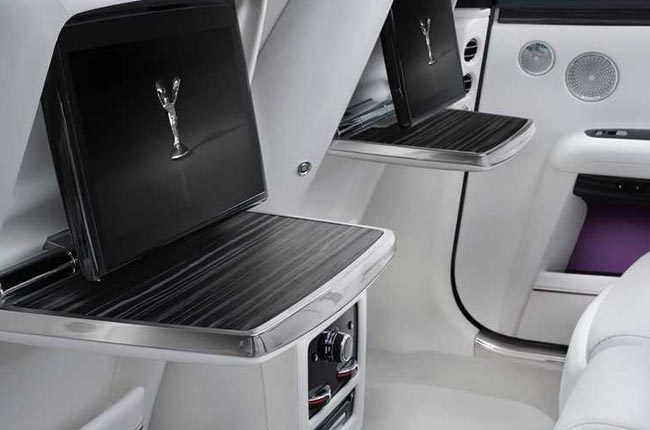 While the outside may seem familiar the inside is all-new. The interior now comes a new more avant-garde and minimalistic design than the current generation Phantom and Cullinan. It also features a new dashboard with prominent vertical elements on the left and right sides which have been integrated into the much wider and flatter designed dashboard top.

The wood trim from the Phantom has also been carried over to the Ghost, these have been tweaked to be smaller and fit lower on the dashboard giving it trim an airier and sleeker appearance. The center console has also been updated to be better-integration into the cabin as well. While its bigger brother, the Phantom, has more upright seating the Ghost goes for a modern and sleek seating position. The choice of interior material is still as opulent as ever as 20 half cattle hides cover the cabin in places that are seen as well as in areas that are hidden. The result is a cushy yet luxurious look and feel.

Under the hood of the Rolls Royce Ghost beats a V12 6.8-liter gasoline motor that pushes out 563hp and 850 Nm of torque. This gives the vehicle more power compared to the previous 6.6-liter unit that powers the outgoing model. Thanks to the newfound grunt the 2021 Ghost despite its heavy form can still hit 0-100 in just under 4.5 seconds. An impressive feat for a vehicle of its size and weight. Putting the power to the ground is an 8-speed automatic transmission as well as an all-wheel-drive system.

There is no official news yet as to if and when the new 2021 Rolls Royce Ghost will be making its way into the Philippines. For the few that can afford this opulent vehicle, it still delivers on what you would expect from the bespoke house of luxury.