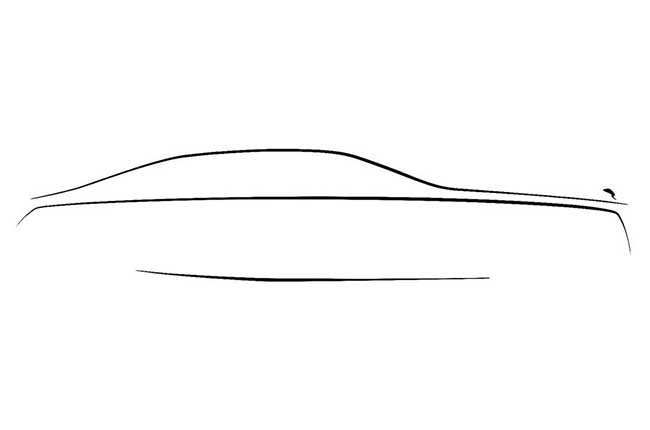 It's still full steam ahead for Rolls Royce as the brand continues to move forward with the next-generation Ghost. The marque’s Chief Executive Officer, Torsten Müller-Ötvös has shared an open letter to the media that featured an early outline of the upcoming model to serve as its first official teaser. The British luxury brand’s CEO has stated that the automaker is still moving forward with its plan to develop the all-new vehicle despite the Coronavirus outbreak and debut the all-new Rolls Royce Ghost by fall of 2020.

Since its original debut back in 2009, the Rolls Royce Ghost has become the British automaker’s most successful nameplates in its entire 116-year history. With that in mind, it puts pressure on the design team as well as the successor to the Ghost as it has a lot of heritage and high expectations to meet. In order for Rolls Royce to remain competitive for the next 10 years or more, it had to listen carefully to the demands and desires of its customer base. After much deliberation and communication between the automaker and its clientele, the answer came out to be that the customers wanted a much more opulent yet minimalistic design for the all-new Ghost. To add to that the all-new luxury vehicle must also retain a car that can be driven or be driven in adding emphasis to its upper bracket appeal.

In order to achieve this Rolls Royce had to build a car from the ground up. Everything in the vehicle has been redesigned and is entirely new, aside from its iconic integrated door umbrellas and the Spirit of Ecstasy emblem of course. These will be the only two features that will be carried over from the previous model. Rolls Royce has yet to release more information on the all-new Ghost’s powertrain options as well as other specifications with regards to the vehicle.

Get Notified About Rolls-Royce Ghost News

Get Notified about Rolls-Royce Deals