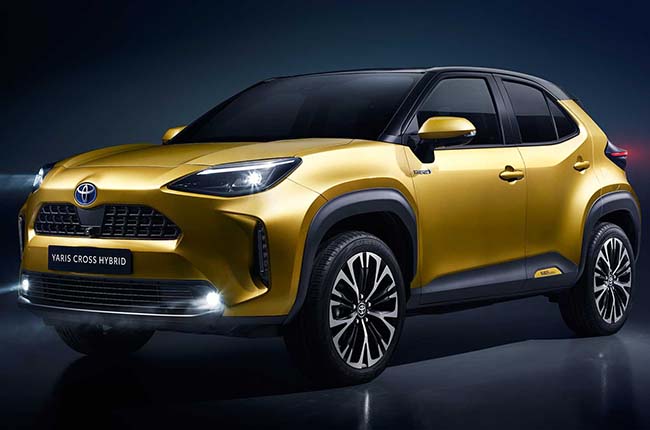 The 2021 Toyota Yaris Cross was originally supposed to be launched at the Geneva Motor Show, however, the show was canceled due to the COVID-19 pandemic. The Japanese brand instead opted to delay the release of the vehicle to a different date. That long way is over as Toyota has opted to reveal the all-new vehicle online instead.

The all-new Toyota Yaris Cross will be positioned below the CH-R and will retain its hatchback version’s wheelbase. The crossover is, however, 20mm wider, and taller than the standard Yaris. This lets the vehicle still be smaller in terms of dimensions when compared to the CH-R. 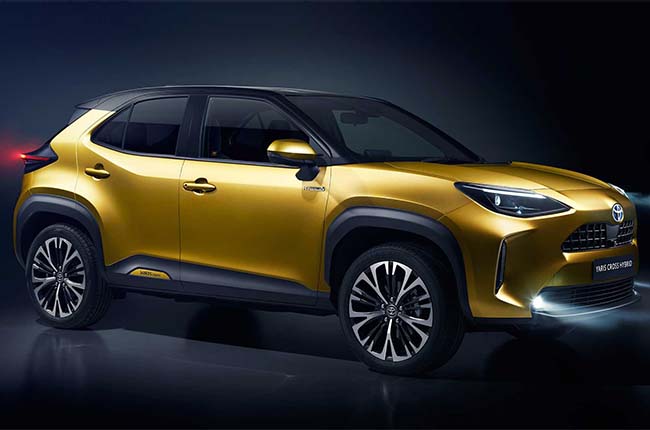 It features a more conventional design compared to its bigger brother the CH-R. It shares a similar face to its hatchback counterpart but comes with a different set of LED headlights and daytime running lights as well. The grille has also been reworked to make room for a much taller nose. It now comes with a much flatter grille that doesn't have overhangs which merges easily into the lower bumper. 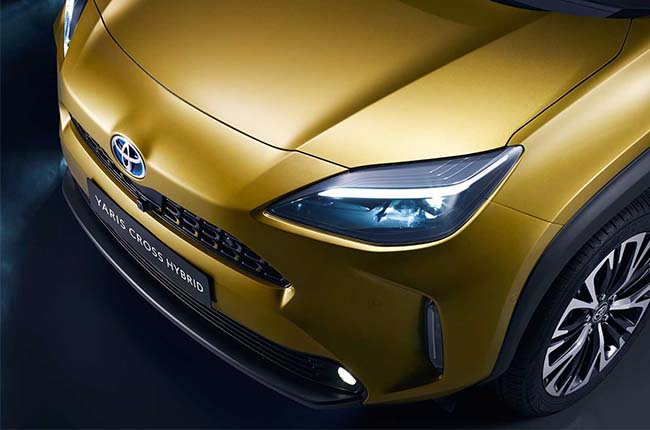 Like its hatchback sibling, the Cross variant also gets side cheek vents but these seem to be more for aesthetics than for functionality. The vehicle does get a pair of LED fog lights but these are much smaller than that found on the Yaris. Other new design elements that help the vehicle stand out are flared wheel arches as well as a set of 18-inch wheels. At the rear, it looks like Toyota has taken a page out of the much bigger RAV4 and Harrier’s design book to apply these design cues to the smaller crossover. It takes on similar tail lights design to both vehicles but these have been adjusted to be thinner and now meet in the middle.

Related: Toyota unveils the 2020 Harrier that now rides on a new TNGA platform 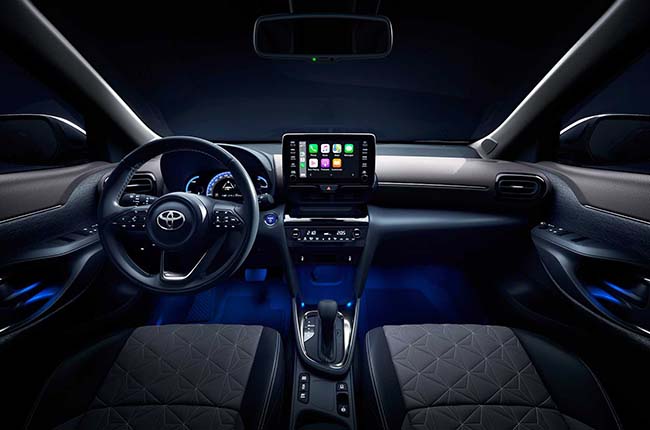 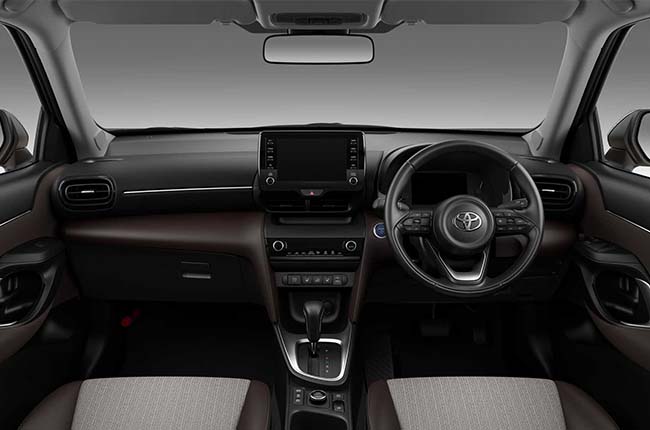 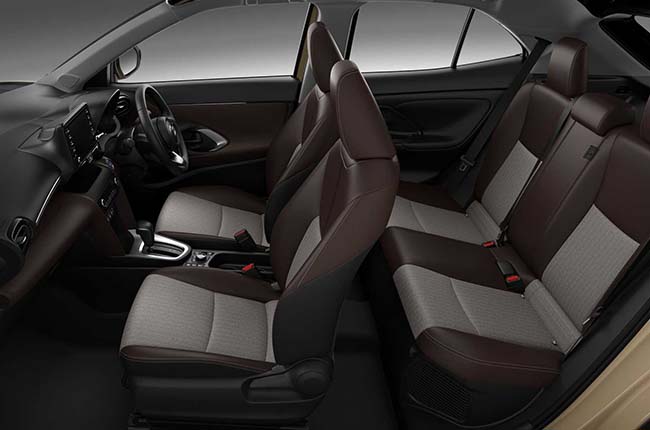 While the exterior is different in design the interior of the Yaris Cross is familiar. It shares the same dashboard and steering wheel as its hatchback brother. Seating materials and overall layout also appear to be similar but details are still sparse about other interior features.

One stand out feature, however, is the cargo area, the floor can be adjusted in height and can be split into two giving you more room and compartments when needed. There is even a belt system integrated into the vehicle allowing you to secure loose objects.

The AWD Yaris Cross variant will come with a hybrid powertrain consisting of a 3-cylinder 1.5-liter gasoline engine. This gasoline fed unit will, in turn, work together with an electric motor in order to propel the vehicle forward and to give it stellar fuel economy figures. Together the engine and electric motor will produce 116 hp but torque figures are still unknown at the time of this article’s writing.

The AWD system, on the other hand, works through the use of sensors that detect poor grip conditions. Once this happens the vehicle will activate its AWD system to help the drivers tackle the loss of grille. The system is said to be able to handle rain, snow, and even sand.

There is no official word yet as to if Toyota Philippines will release the all-new Yaris Cross and its new hatchback counterpart into the country. However, if the Japanese brand does choose to do so, it could make for an interesting vehicle as the hybrid segment in the Philippines is only just beginning.

Get Notified About Toyota Yaris News