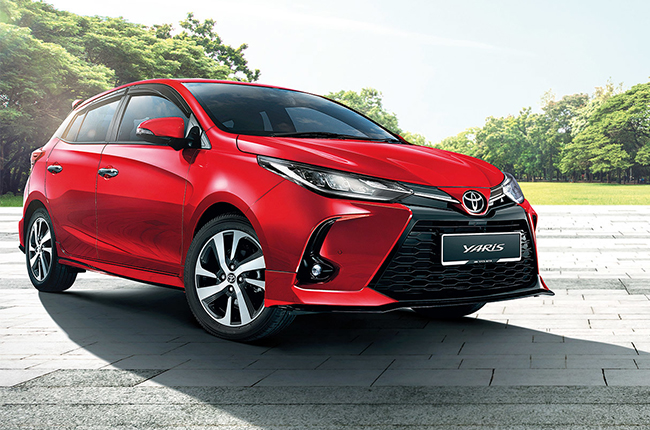 It looks like Toyota Motors Malaysia wants to finish off 2020 strong as it has launched three new models to add to its local lineup of cars. The first was the GR-Sport Toyota Vios which came with handling upgrades and a new 10-speed CVT. Next up, was the highly anticipated hot hatchback from the Japanese brand - the Toyota Yaris GR. Finally, another hatchback joined the new model ranks in the form of the updated version of the “Emerging markets” Toyota Yaris. This is also an important milestone for the company as it is one of the rare occasions when a global model such as the Yaris GR is also being sold along with its regular non-global version. Back to the regular Yaris, on the outside, it still carries the same looks as its predecessor at least for the Malaysian market. However, it has been given a new front bumper which gives the vehicle a bolder and wider stance just like its sedan counterpart. The grille has also been updated fusing the upper and lower intakes into one massive one instead. The headlights have also been changed to triple bezel LED units similar to those seen on the Vios. LED daytime running lights along with LED fog lights have also been added to the refreshed model. A new set of wheels has also been added to its lineup. On the inside, the cabin layout remains largely the same for the facelifted model save for a new infotainment system that varies between variants. However, it is important to note that this version of the Yaris now comes with a 360-degree camera for its higher trim-levels along with Apple CarPlay and Android Auto capabilities. More than welcomed additions to the refreshed vehicle.

When it comes to power, the facelifted Yaris still carries with it the familiar 2NR-FE 1.5-liter gasoline engine. The reliable motor still continues to produce 105hp and 140 Nm of torque. Just one transmission option is available for the hatchback and it is a CVT with 7 available virtual gears.

With Toyota Malaysia sharing a similar lineup to the Philippines as it carries roughly the same models, it could be a sign of what Toyota Philippines has in store for 2021. Special edition variants could be on the horizon for the local market and even the GR Yaris could in theory make its way into the country in the near future. For now, at the least, we know what the updated version of the regular Toyota Yaris looks like once it enters the Philippine market.

Get Notified About Toyota Yaris News