Subaru has officially unveiled the second generation of its popular sports car with Toyota the Subaru BRZ/Toyota 86. Its latest rendition features new styling and handling improvements from its predecessor. It also comes with a bigger engine and more power under the hood. Staying true to its roots, the two Japanese brands have said that it comes with an improved balance over its predecessor. While power may not be its strong suit, the next-generation sports car does seem to come with impressive specifications right out of the gate.

In a style befitting a sports car, the next-generation BRZ made its global debut on a racetrack, the Thermal Club Raceway in California to be precise. 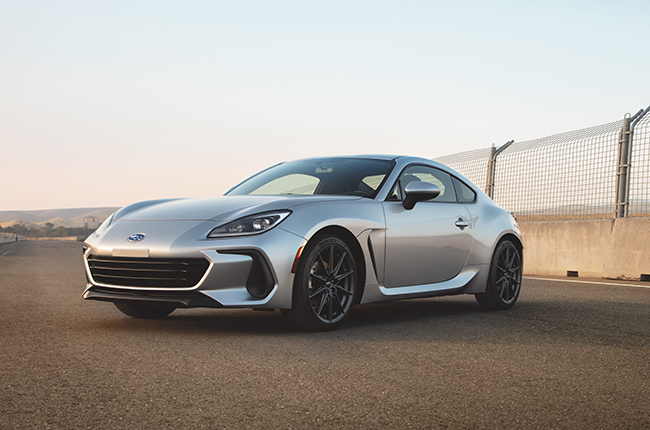 On the outside, the second-generation coupe now comes with a cleaner look compared to its predecessor.  While it retains a similar overall shape of the previous generation, it does come with a new front bumper, new fenders, as well as a new set of head and tail lights as well. The lighting elements have been redesigned to look smoother and cleaner instead of more aggressive, like the previous incarnation of the vehicle. While not yet confirmed we suspect the two-door will come with LED headlights along with LED tail lamps as well. Moving on to the rear, and the vehicle still retains its fast back look, however, just like the front the tail lamps have been redesigned to look cleaner and less aggressive. They now come with a C-shape layout that integrates well with the vehicle’s trunk-line that progresses into a small spoiler. Aside from that the 2022 BRZ also comes with two new sets of wheels, a 17-inch set and an 18-inch set with both being wrapped with 215 series tires. Under the hood, the second generation  86 / BRZ now comes with a 2.4-liter naturally aspirated boxer engine. While its predecessor made around 200hp, its newest rendition now makes 228hp and 249 Nm of torque. This may not seem like a huge improvement but at least both car companies delivered on their promise of adding more horsepower into the next for the popular sports car. Transmissions have also been updated, as the vehicle can be had with either a 6-speed manual or a 6-speed automatic transmission.

As far as its chassis is concerned, the 2022 BRZ still uses the same platform as its predecessor. However, Subaru states that the body has been stiffened up by an additional 50%. In terms of suspension, it carries over a MacPherson strut layout at the front and a double-wishbone at the rear. Stopping power for the sports car still comes from ventilated discs all around.

There is no official word yet as to when the new generation of sports cars will be entering the Philippine market. As its model year suggests it may enter the local automobile market by the latter half of 2022. Subaru Philippines and Toyota Philippines have yet to release an official statement with regards to the new vehicle.