Mitsubishi earlier on in 2022 announced that the next generation of the Mitsubishi ASX would be based on a Renault. It is important to remember that Mitsubishi, Nissan, and Renault are all together in an alliance so it would be normal for them to share parts and technology such as in the case of the Mitsubishi Xpander and the Nissan Livina. 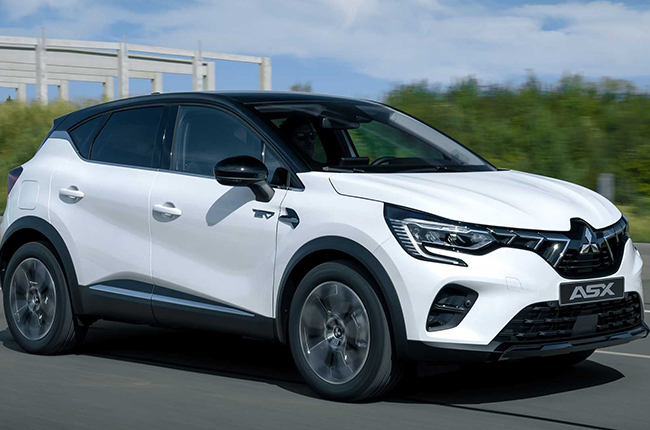 The new 2023 Mitsubishi ASX is a Renault Captur that wears the Japanese automaker’s signature Dynamic shield grille and of course the brand’s badging. The wheels of the crossover are also the same ones found on the Captur over in Europe. Now that the Mitsubishi ASX is made in Renault’s Valladolid plant in Spain we can expect it to hit showroom floors starting around March 2023. There is no word yet if Mitsubishi Philippine will bring in the new version of the crossover just yet, but if they did it could be their entry into the crossover segment which they currently do not have an answer to just yet. On the inside, the 2023 Mitsubishi ASX comes with a dashboard layout similar to the Captur. This means that it comes with a straightforward and flat dashboard that comes with a portrait-style 9.3-inch infotainment system and a 10.25-inch digital instrument display as well. The ASX also comes standard with features such as Apple CarPlay, Android Auto, and Bluetooth.

Powering the Mitsubishi crossover is an assortment of engines, the first is a 1.0-liter turbocharged three-cylinder gasoline engine that makes 90hp which sends power to the front wheels via a six-speed manual gearbox. Next is a 1.2-liter turbocharged gasoline engine which is also a three-cylinder that develops 138hp with a six-speed manual and 156hp with a seven-speed dual-clutch transmission.

There is also a hybrid powerplant available for those who want something a little more frugal and it comes in the form of a 1.6-liter four-cylinder engine that is paired with two electric motors. In total the hybrid powertrain makes 141hp. Last but not least, there is also a 1.6-liter plug-in hybrid variant available for the 2023 Mitsubishi ASX. It makes 157hp and also comes with a pair of electric motors at the ready. It comes with a six-speed multi-mode automatic transmission and also sports a 10.5kWh battery pack. This lets this specific variant of the ASX travel for 49km on just electric power.

There is no word yet as to if Mitsubishi will be offering the new ASX outside of the European market. If they did it could prove to be a hit in markets such as in the ASEAN where the crossover segment is booming.