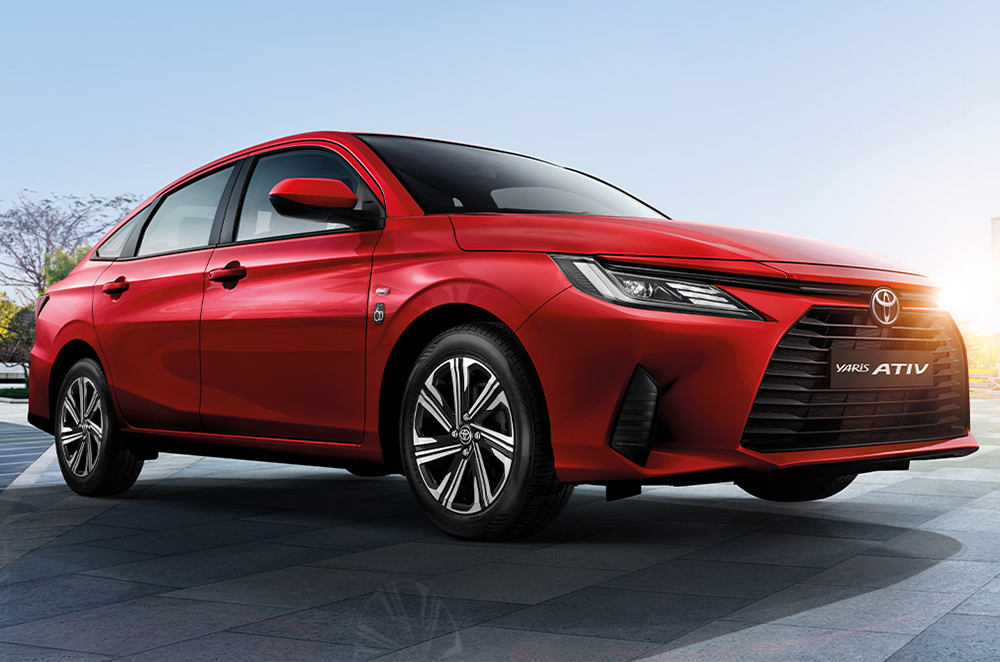 After releasing a quick teaser video, Toyota Thailand has officially launched the 2023 Toyota Yaris Ativ: the local equivalent to the Toyota Vios. It comes with a brand new look, which takes design cues from its bigger siblings the Corolla and Camry, and comes with a new set of features as well. As it now takes after its bigger siblings, the new Vios (Yaris Ativ) comes with a sportier design to it inside and out. It now sports the brand’s new “Proudful” design language which gives it fastback-like styling. This is further complemented by its new face that comes with sleeker headlights, a new large grille, a larger lower air intake, and a new bumper with faux side intakes to give it a more sporty look. If it isn’t obvious by now, it's apparent that the new Vios is taking a few design cues from its bigger brother the Corolla Altis and Camry which isn’t a bad thing as it combines sporty and premium in a good way.

At the rear, the new Vios gets a new set of LED taillights, broader shoulder lines, and a new trunk lid with a ducktail spoiler for higher models. This is where the Camry aspect comes in in its design thanks to the shape of the lights and the overall design of the rear of the sedan. Topping things off is a set of diamond-cut alloy wheels, with a new belt line that runs the entire length of the sedan. 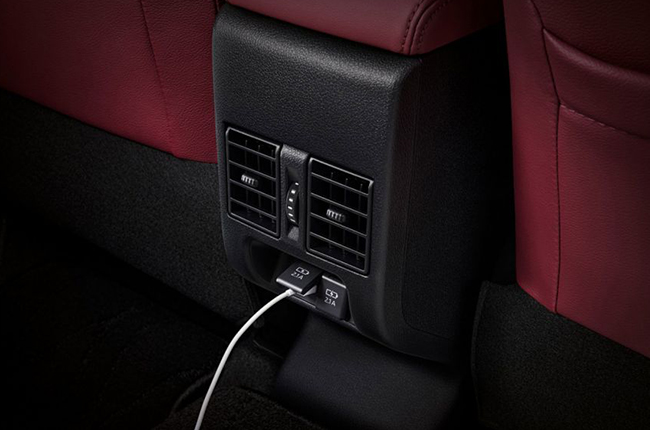 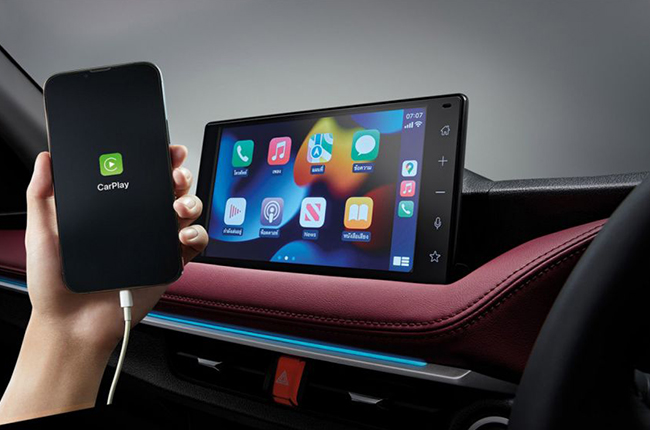 On the inside, it's a minimalist design for the new Toyota Vios with a similar layout to the Toyota Raize. On higher variants, the sedan gets a new digital instrument cluster, a massive free-standing touchscreen that comes with Apple CarPlay and Android Auto, an automatic climate control panel, a push-start button and audio controls for the steering wheel. It also comes with 64-color ambient LED lighting, a premium 6-speaker sound system, rear air vents, and rear USB charging ports.

In terms of sizing the sedan measures 4425mm long, 1740mm wide, 1480mm tall, and has a 2620mm wheelbase. Compared to the current Vios we get, the all-new model is 17mm shorter in length, 10mm wider, and 5mm taller. Even with the new platform, the Japanese automaker was able to give the Vios a slightly longer wheelbase than before. Its wheelbase is now 70mm longer.

As for what is under the hood, the Toyota Yaris Ativ is powered by a 1.2-liter naturally aspirated gasoline engine that makes 93hp and 110 Nm of torque. Power is still being sent to the front wheels via a CVT. However, we suspect that once it does arrive in the Philippine market, it will still retain the 1.3 and 1.5-liter gasoline engine options.

Safety has been improved with the new Toyota Vios as it now comes with Toyota Safety Sense. This gives it access to features such as a pre-collision system, lane-departure alert, front departure alert, pedal misoperation control, auto high-beam function, and rear-cross traffic alert.

There is no word yet as to when Toyota Philippines will launch the new Vios locally, however, we suspect it could happen in a couple of months' time or by early 2023.