The country’s longest endurance race, the Philippine Endurance Challenge (PEC), set a new record this year at the Clark international Speedway (CIS) last December 4. The 8-hour race had 29 cars at the starting line, which concludes this season’s FlatOut Race Series.

Taking pole position during race day was the #2 Centrum Fuels – GT Radial Yellow Mellow Honda Civic, which set the fastest time of 2:14.839 during the qualifying round. Also in the front row was #5 Smartfuels2race Civic EG, while behind them was the defending champion #1 Centrum Fuels - GT Radial Civic and the #14 Motolite BPS Racing Toyota Corolla. After 2 hours, the first round of pit stops came, which focuses on safety. Teams were given 2 minutes to refuel and driver change, with only 2 mechanics allowed to work on the car. Major mechanical repairs were completed inside the garage. The Automobile Association Philippines (AAP), the country's motorsports governing body, was also there to supervise the race.

Over the course of 8 hours, the safety car was only deployed 4 times, which makes the 2016 PEC relatively incident-free. The only notable incident was when the #1 Centrum Fuels – GT Radial Civic had to stop due to a shattered windshield. It was unable to rejoin the race after 108 laps. 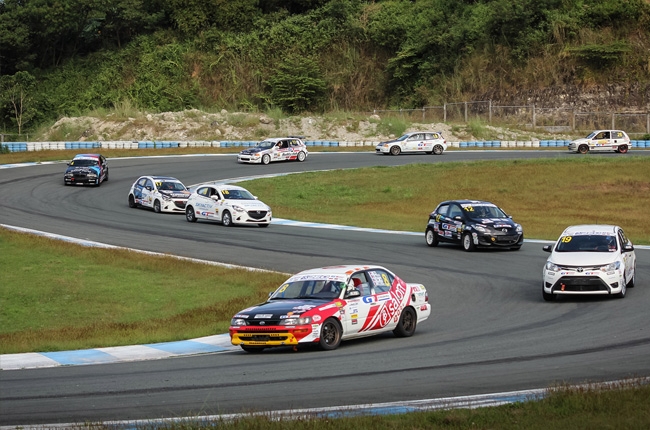 At the end of the race, the pole-sitting #2 Centrum Fuels - GT Radial Yellow Mellow Civic crossed the finish line ahead of the others, finishing 1st overall in the RP Class. It completed a total of 176 laps, and was driven by Mikko Briones, Migui Briones, Emerson Ocampo, and Daryl Flores. The 2nd placer #3 Rainbird-Canete Civic EK came 1 lap behind. In FM1 Class, the #6 Forcespeed - Worksbell Honda Civic FD finished with a notable performance of Edmund Ong, Nico Fernandez, Rico Cheng, and Ton Ramos. Lastly, the Manufacturers Cup was won by Mazda Philippines with the #18 Mazda 2 SkyActiv. It was driven by Ian Khong, Clifford Certeza, and Inigo Roces.

Completing the 8-hour race was 27 out of 29 cars, all of which was fueled by Smart Fuel's 104 octane gasoline and used 1 set of GT Radial SX2 tires with no tire changes.