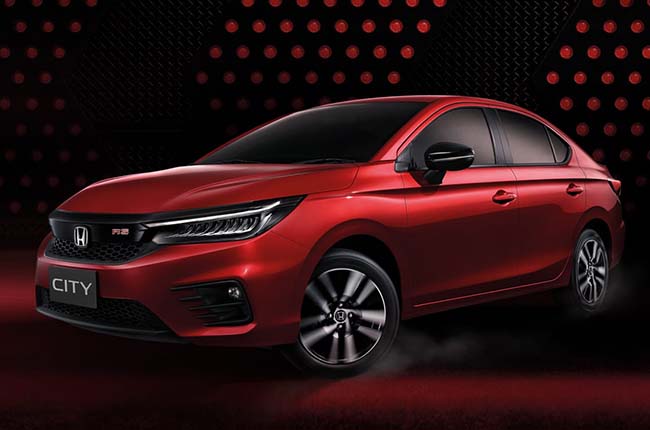 The Honda City made its official debut in Thailand back in November of 2019. The all-new vehicle was launched with a new 1.0-liter turbocharged powerplant and with a new RS variant. While the vehicle is already on sale in Thailand the onset of the COVID-19 pandemic has delayed its launch in other countries. New information about the vehicle has come up thanks to leaked images of a brochure. The brochure appears to be for the Indian version of the vehicle but it does showcase new features that we want in the Philippine version. It is important to note that Honda Philippines has yet to make an official announcement as to when the all-new model will be making its way into the country.

An extra set of eyes Just like its bigger sibling the Accord and Civic, the all-new city will be getting a lane watch camera. These cameras will be located under each side-view mirror. These devices will then send a live video feed into the infotainment system that will be triggered when the driver turns on their indicators. The new feature allows the driver to quickly glance at traffic on either side making lane changing easier and safer. While the feature is great and convenient don’t expect to see on higher-end models as only the top of the line variant will be getting it. 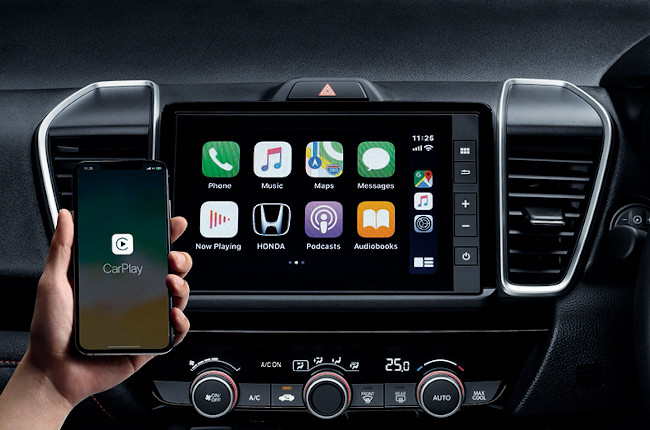 The all-new City now comes with a bigger and better infotainment system than ever before. It now features a large 8-inch touchscreen information display which comes with Honda’s improved Touch Control. It also comes with Android Auto and Apple CarPlay capabilities right off the bat.

Taking a page from the Civic Type-R

Unlike its hatchback sibling, the Jazz the City goes for a semi-digital display. It comes in the form of a 7-inch TFT multi-color display with an analog speedometer. The display also features a G-meter that will show the G-forces the car experiences while driving around corners similar to that found in the Civic Type-R. The addition is a segment-first and could be linked with the vehicle’s popularity with driving enthusiasts.

The new digital assistant in town Move over Google Assistant and Siri, the all-new City now comes with Amazon Alexa support. The new head unit will not only be bigger but it will also come with a telematics control unit. Just like the other digital assistants Alexa can help you play music, making to-do lists,  set alarms, stream podcasts, play audiobooks,  provide information on the weather, update you with traffic, update you with sports news, and update you on other real-time information. Alexa can even activate other Amazon smart devices for you, giving you a virtual assistant ready for your daily life.

New brighter lights for the road ahead 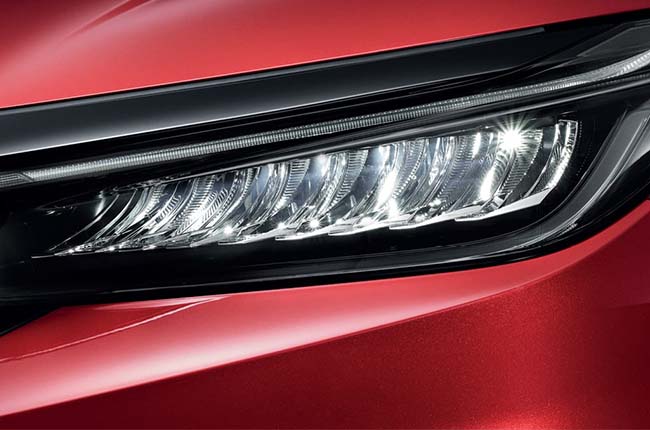 The all-new City now comes with a better and brighter set of lights. The LED headlamps now come with 9 LED units in a line just similar to the ones found in the CR-V, Civic, and Accord. It also features integrated LED daytime running lights and turn signals. Over at the rear its new tail lamps get Z-shaped LED elements along with side marker lamps.

Handling and safety features from its bigger siblings The all-new vehicle now comes with more safety features as well. It now comes with six airbags and vehicle stability assist. On top of this, it also comes with agile handling assist to complete the list. The features not only gives the vehicle better handling but it adds emphasis to the sporty appeal. These features are normally found in higher-end models such as the Accord and Civic but they have finally made their way down to the City.

With such great features, it's no wonder that the Honda City is a highly anticipated vehicle. Not only does it come with the sporty appeal it comes with the safety features to back it up and make it an enthusiast’s choice for a subcompact sedan.