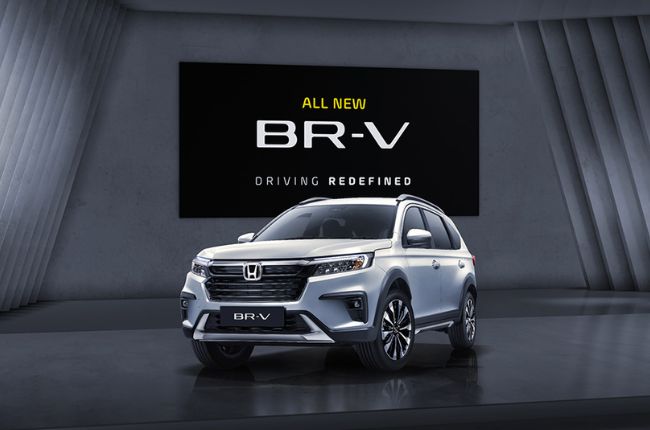 Honda Cars Philippines Inc. (HCPI) has been steadily updating its lineup with all-new models for the local market. It started with the eleventh-generation Civic in November of last year, followed by the all-new HR-V in April 2022. Now it appears the Japanese automaker is preparing to launch the 2023 Honda BR-V in the Philippines.

We’ve been reporting on the all-new BR-V since before its launch in Indonesia. Before Honda formally introduced the seven-seater crossover, we knew the model as the N7X concept. As many expected, Honda put the concept vehicle into production and badged it as the second-generation BR-V.

There’s plenty to get excited about here, as it has been nearly six years since Honda introduced the first-gen model in the country. In terms of looks, the new BR-V has received a significant design update to better match its newer siblings. Honda has given it an overall design with obvious influences from the HR-V and even the CR-V. It looks decidedly more mature and modern while retaining what made it work as one of the first true SUV-style MPVs in our market.

The rumor mill says there will be four variants, including S, V, VX, and a yet-unnamed manual transmission model. The rest of the lineup will reportedly feature a CVT. Its power plant will likely be the same 1.5-liter gasoline unit found on the City and HR-V S models. Honda could also bring over the local-spec BR-V units from Indonesia, as its local plant has been shuttered since early 2020.

The presence of multiple variants also leads us to believe that Honda Philippines is planning to furnish at least one variant with Honda SENSING. The brand’s driver-assistance suite includes active safety features such as adaptive cruise control, auto high beam, collision mitigation, and lane-keep assist. These features coming standard on the BR-V as they are in the Civic would be ideal for consumers, but it could be too much to ask for given market conditions.

Pricing and exact specifications have not been released. Honda has kept mum on the launch of its newest model, although we have it on good authority that the new BR-V’s launch window is set towards the end of the year and not within the next couple of months as some have suggested. Still, the all-new Honda BR-V is coming very soon to the Philippines, and fans of the seven-seater crossover will have much to get excited about for the rest of 2022.