BMW revealed the all-new X3 compact crossover SUV at its plant in Spartanburg, South Carolina, United States. It will be manufactured along with other X series such as the X4, X5, and the X6.

Claimed to have set the benchmark for the premium compact crossover SUV in 2003, the X3 now boasts bold dynamic exterior design. New to its fascia are the 3D 'kidney' grille, hexagonal fog lights, twin exhaust pipes, and a downward-sloping roof spoiler. Although not much were change in its dimensions, the 3rd generation X3 features shorter front overhang, extended wheelbase, and a longer hood. 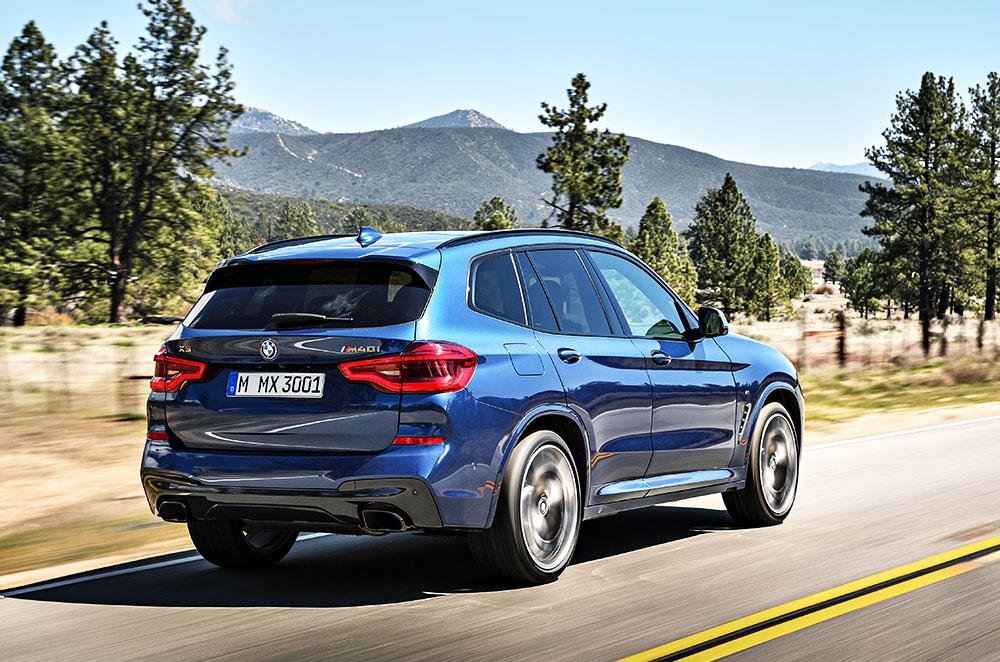 The X3 now offers new cabin features that were not offered on its predecessor. Newly available as standard in the X3 are the 3-zone climate control, a 40:20:40 split/folding rear seat that can be adjusted individually, and ventilated front seats. It also comes with a panoramic glass moonroof as well as an Apple CarPlay function. The BMW X3 will get an engine range of a 2.0L 4-cylinder and a 3.0L TwinPower Turbo 6-cylinder. Both engines are inline gasoline engine and are paired with 8-speed Steptronic Sport automatic transmission.

The German automaker claims the X3 M40i’s 3.0L TwinPower Turbo 6-cylinder engine  has the best acceleration rate in its segment. With the capability of producing 355 hp, the X3 M40i can go from 0 to 97 km/h in 4.6 seconds.

The all-new BMW X3 is expected to go on sale in the United States in November.