Following the 2017 Isuzu Truck Fest, truck body maker Centro Manufacturing Corporation has partnered with Nippon Fruehauf Company Ltd. to build wing vans locally. With this, a new facility has been inaugurated by Centro to handle its production.

According to Centro, the manufacturing and assembly plant located in Marilao, Bulacan is capable of producing up to 25 wing vans on a single shift. Department of Trade and Industry (DTI) Secretary Ramon Lopez, who attended the inauguration, praised this move by Centro. Lopez said that this will help generate more jobs not only for Centro, but for the upstream and downstream support industries as well. 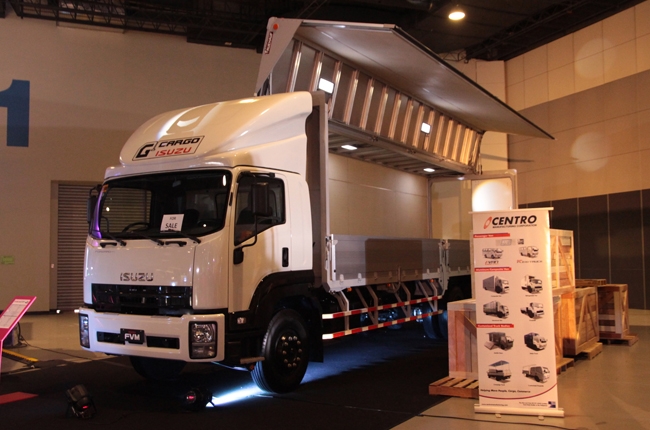 As a recap, the partnership between Centro and Nippon Fruehauf made its debut during the 2017 Truck Fest. At the event, the truck body makers displayed the G-Cargo wing van, which was based on the Isuzu FVM Cab and Chassis truck.

Centro has been making aluminum and passenger vans since its inception in 1996. In 1999, Centro was chosen by Isuzu Philippines Corporation to design and manufacture passenger vans for the brand.

On the other hand, Nippon Fruehauf Company Ltd. was established in 1963 at Tokyo, Japan. Since inventing the 1st trailer for the Ford Model T, the brand has continued to grow as one of the biggest wing van manufacturer.