The Covenant Car Company, Inc, (TCCCI), the official distributor of Chevrolet vehicles in the Philippines, has announced that it will be bringing in 5 new vehicles for its local lineup for 2021. Among these vehicles are the all-new Suburban and Tahoe which have made their American debut this year along with the C8 Corvette Stingray sports car.

The announcement was made by Atty. Albert Arcilla, the President of TCCI during the group’s virtual anniversary celebration. Apart from these three popular and highly anticipated models, two more unknown models will be joining the local lineup. The Golden Bowtie brand has stated that these new models will come from the brand’s global lineup. The automotive brand has also stated that these will come from a manufacturing plant that caters to left-hand drive markets which include North American, China, or South Korea. 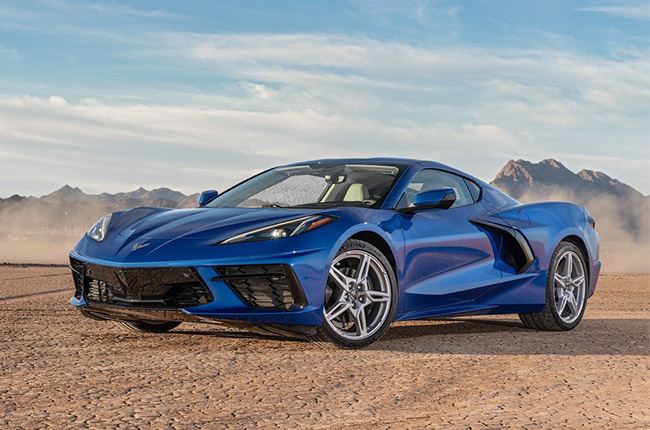 One of the more hotly anticipated cars that will soon be joining the Philippine lineup is the 2021 Chevrolet Corvette C8. It now comes with a mid-engine layout which differs greatly from its locally sold counterpart the Chevrolet Corvette Stingray C7. The newer model utilizes a lightweight aluminum-intensive structure with a few carbon fiber parts to give it strength while keeping the weight down.

With its new mid-engine layout, the C8 Corvette now has a completely new body from its older counterpart. It comes with a sharper and shorter hood and a front fascia that comes with wide air intakes to feed the radiator. The new Corvette also dresses to impress with its new interior as it comes with a stylistic canopy that comes with a wide array of buttons showcasing the tech behind the sports car. It also comes with a flat-bottom steering wheel, along with a 12-inch digital instrument cluster, and an 8-inch my infotainment system.

Under the hood, the C8 Corvette will come with a 6.2-liter LT2 gasoline V8 engine that produces 490hp and 630 Nm of torque. While not confirmed for the Philippine market a Z51 performance package is available in other markets that bump up the power to 495hp and 637 Nm of torque. Putting that monstrous amount of power to the rear wheels is an 8-speed dual-clutch transmission. The other two cars that might also be making their debut in 2021 are the Chevrolet Suburban and the Chevrolet Tahoe. The two new SUVs come with new more premium looking front faces and unique grilles to help set them apart. These two new vehicles also come with similar LED daytime running lights as well as LED headlamps. Moving over to the rear and the all-new SUVs feature a more elegant design than their predecessors coming with more striking LED tail lamps.

Both the Tahoe and Suburban now ride on a new platform that Chevrolet states gives each vehicle’s cabin more space. This gives both vehicles an increase of 66% more cargo space according to the Golden Bowtie brand. Under the hood, the SUVs get the same three engine options. The first being a 5.3-liter V8 gasoline motor that makes 355hp, the second being a 6.2-liter V8 gas engine that makes 420hp, and the third option is a 3.0-liter turbo diesel motor that makes 277hp and 623 Nm of torque. All engines will come mated to a 10-speed automatic transmission.

Chevrolet Philippines has yet to announce the official specifications, but based on their American counterparts these new vehicles are shaping up to be something to be excited for once they launch in the country.