Toyota Philippines seems to be pushing to start 2022 right with multiple launches set for the first quarter of the year. First, it was the Toyota Raize which is now the brand’s most affordable crossover available on the market today and now it appears a new variant of the Corolla Cross will also make its debut soon. Its official launch details are still unknown but what is known is that the vehicle in question is already on Philippine soil. 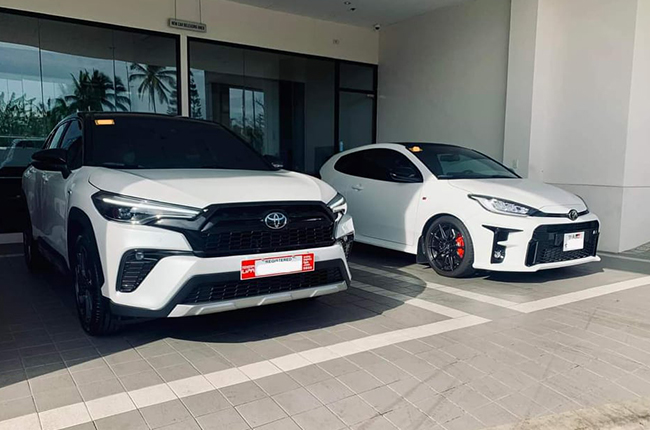 According to a post and pictures of the unit on the Facebook group Interesting Car Spotting PH, it appears that this new variant of the Corolla Cross will be its GR Sport variant. Images of the new model show it to be in some sort of Toyota facility somewhere in Lipa being posed right next to a Toyota GR Yaris. From the looks of it, this GR Sport version will only be made available for the crossover’s hybrid variant only but this has yet to be confirmed. While no launch dates have yet been mentioned by Toyota Philippines, we suspect that it could launch sometime in March or even earlier than that. Pricing should be around the P1.7 to 1.8 million peso mark for the new variant if our hunch is right about its possible pricing.

With not many details to go on, for now, we will just have to wait and see what Toyota has in store in the coming months.