The Department of Transportation (DOTr) submitted a proposed list of villages to the Congress that will be open to the public. This is in line with the effort to decongest the worsening traffic in Metro Manila.

He mentioned before that their choices of private roads will not be random and they will not compromise the safety of the subdivisions and villages. He also said that the government will shoulder additional security mechanisms and expenses.

Months have passed and now we can see progress in the proposal. Congressman Winston Castelo posted this list of proposed villages in his official Facebook page. The list includes villages within Makati, Taguig, Paranaque, Pasig, Mandaluyong, San Juan, and Quezon City. 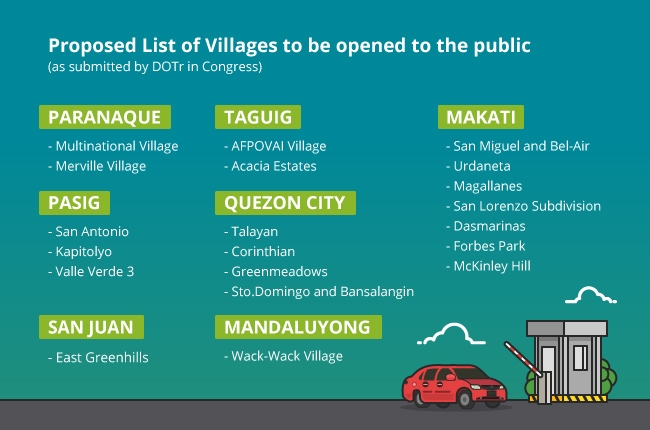 Should the congress grant the emergency powers, these villages and subdivision will be open to the public. Although, Tugade mentioned before that the private roads won’t be open throughout the day and peak hours will be defined as needed.

Of note, there has been no report as to when will this be implemented as it’s still subject to approval by the congress.