After a disappointing result at Monaco, Lewis Hamilton bounced back to dominate the 2017 Formula 1 (F1) Canadian Grand Prix. With that, the Briton is just 12 points behind Sebastian Vettel in the driver’s championship.

Hamilton of Mercedes-AMG Petronas sat in front of the grid this time, matching the great Ayrton Senna’s 65 career pole positions. The Briton’s mastery of Canada’s Circuit Gilles-Villeneuve showed as he had a good start, leaving his teammate Valtteri Bottas and Scuderi-Ferrari’s Vettel before turn 1. He would then go on to win the race 19.8 seconds ahead of 2nd place finisher Bottas.

With this win, Hamilton joins the group of elite F1 drivers who’ve claimed the pole position and fastest lap, led every lap, and took home the victory all in 1 race weekend. Among the other great drivers to have scored such an achievement were Nigel Mansell, Sir Jackie Stewart, Jim Clark, Alberto Ascari, Michael Schumacher, and Sebastian Vettel. 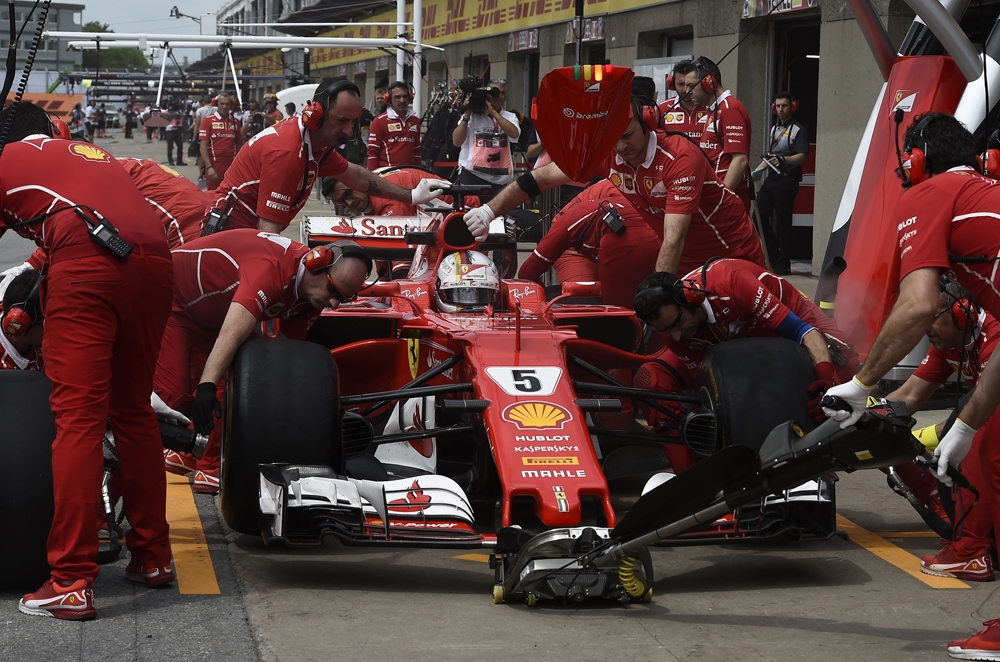 Daniel Ricciardo of Red Bull Racing managed to keep his cool despite intense pressure from the Force India duo to finish in 3rd place. His teammate Max Verstappen wasn’t as lucky as he had to retire early in the race due to a suspected electrical problem.

One of the more exciting battles of the race was between the boys in pink, the Force India F1 team. Both Sergio Perez and Esteban Ocon were in the hunt for the last spot on the podium, which was then held by Ricciardo. Ocon was on fresher tires and had quicker pace compared to his Mexican teammate, thus their team wanted them to switch places for a better fighting chance.

Perez had other things in mind as he refused to give way, claiming that he had a better chance once they caught up with the backmarkers. However, his “strategy” backfired as the gap between Perez and Ricciardo only widened. To make matters worse, Vettel was quickly catching up to them. 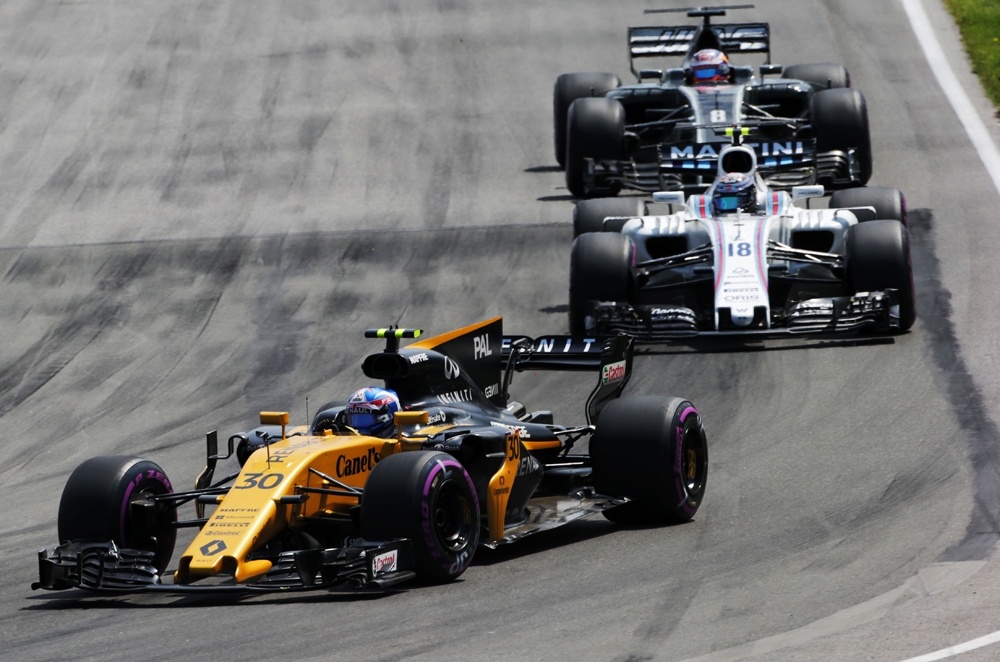 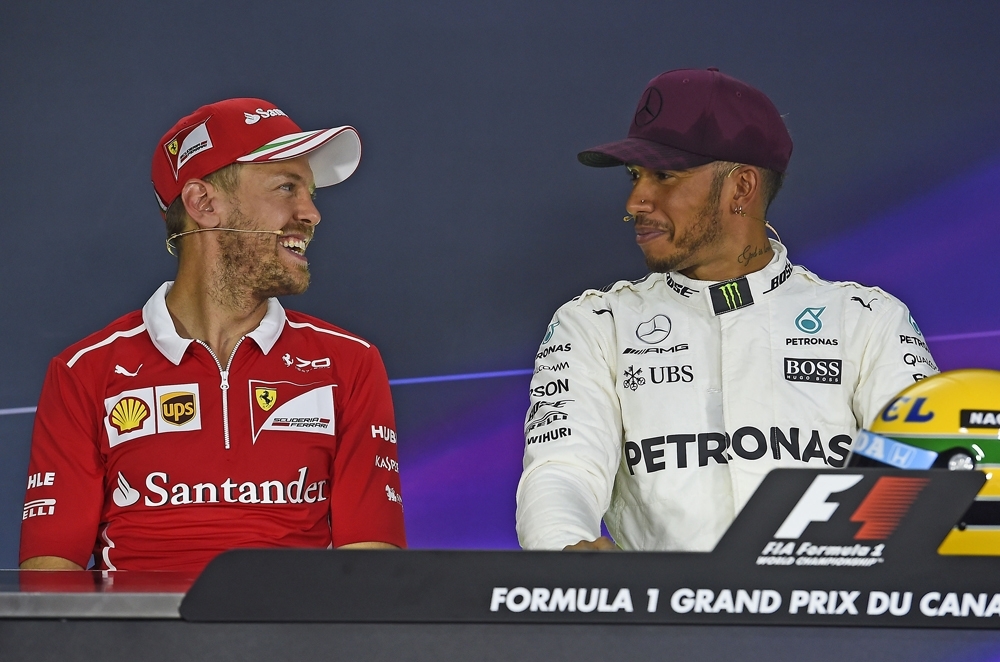 A few laps later and with Ricciardo already out of reach, the trio battled for 4th spot on the main straight heading into turn 1. Vettel came out on top to claim 4th and ‘driver-of-the-day’ honors, while Perez and Ocon crossed the line in 5th and 6th, respectively.

The other Scuderia-Ferrari driver Kimi Raikkonen had his own misfortunes. The Finn dropped down the grid from starting in 4th after pitting twice and experiencing brake issues late in the race, which resulted into a 7th place finish. He was then followed 2 seconds behind by Renault’s Nico Hulkenberg in 8th.

Lance Stroll of Williams Martini Racing finally scored his 1st ever championship points for his 9th place finish. The Canadian, who was 18 years 7 months and 13 days old at that time, goes down the record books as the youngest driver to score points in F1.

Meanwhile, Haas F1’s Romain Grosjean managed to finish in 10th after damaging his car in the opening lap. Renault's Jolyon Palmer crossed the line in 11th, while Haas F1's Kevin Magnussen finished a fraction of a second behind in 12th.

Sauber's Marcus Ericsson started the race at the back of the grid, but was able to make his way up to finish in 13th place. McLaren-Honda's sole finisher Stoffel Vandoorne completed the race in 14th, while Sauber's Pascal Wehrlein was last man to cross the line in 15th.

There were 4 drivers who failed to finish the Canadian GP headlined by McLaren-Honda’s Fernando Alonso. With 2 laps to go, the Spaniard seemed to be on his way to score his team’s 1st points of the season. But like all of his races so far, Alonso retired due to engine failure and spent the rest of the race on the stands with fans.

Toro Rosso’s Daniil Kvyat also had to end his race with a few laps remaining due to engine vibrations. Lastly, Carlos Sainz of Toro Rosso and Felipe Massa of Williams Martini Racing retired after a big crash in the opening lap of the race.

The next race of the 2017 F1 season will happen on June 25 at the streets of Baku, Azerbaijan.