Lewis Hamilton registered his 55th career win at the Spanish Grand Prix (GP) as the Mercedes-AMG Petronas Formula 1 (F1) driver fended off Sebastian Vettel’s assault. With this, Hamilton managed to cut the championship lead of Vettel to just 6 points.

The 2017 F1 Spanish GP was action-packed from the get-go as top teams battle it out on the track. Pole-sitter Hamilton lost the lead by turn 1 to Vettel due to a poor start while Scuderia Ferrari’s Kimi Raikkonen, Red Bull Racing’s Max Verstappen, and Mercedes-AMG Petronas’ Valtteri Bottas went side-by-side, resulting in a 3-way collision. Bottas went on to race, however, Raikkonen and Verstappen retired on the 1st lap due to suspension damage.

Williams Martini Racing’s Felipe Massa and McLaren-Honda’s Fernando Alonso also had their own action packed battle as the 2 veteran drivers bang wheels at the 1st corner. Luckily, both were able to continue racing. 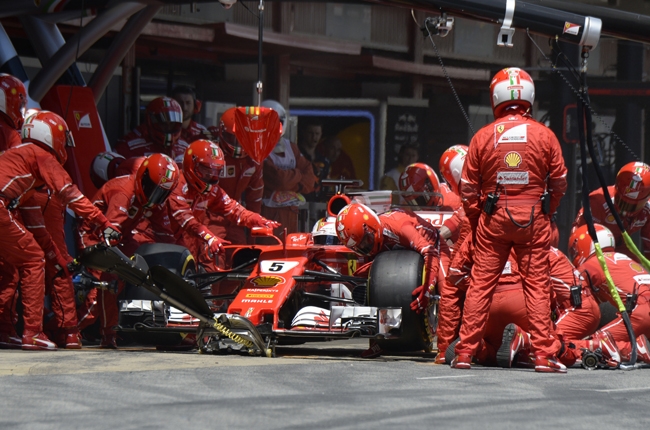 Vettel came into the pits on lap 15 for a fresh set of soft tires. As such, Hamilton inherited the lead until lap 21 where he made the switch to medium tires, handing the advantage to his teammate Bottas.

On lap 34, the virtual safety car was brought out when McLaren-Honda’s Stoffel Vandoorne collided with Massa. Vandoorne retired due to suspension damage and was given a 3-place grid penalty to be served the next race while Massa went on to race. Meanwhile, Mercedes-AMG Petronas took the chance to switch to the faster soft tires for Hamilton. When the race resumed a lap later, Ferrari dove into the pits to change to the slower but more durable medium tires.

Vettel rejoined the race side-by-side with Hamilton into turn 1, but the Briton lost the battle for the lead. Despite this, Hamilton was resilient to take pole position and he eventually took the lead from Vettel. On the other hand, Bottas, who recently won his 1st grand prix in Russia, was set to take 3rd place but his car had an engine failure on lap 39. This forced Bottas to retire and handed his position to Red Bull Racing’s Daniel Ricciardo. Sauber’s Pascal Wehrlein was slapped with a 5 second penalty for missing the pit entry. This allowed Toro Rosso’s Carlos Sainz to claim 7th while Wehrlein had to settle for 8th. Toro Rosso’s Daniil Kvyat managed to secure 9th while Haas F1’s Romain Grosjean rounded up the top 10.