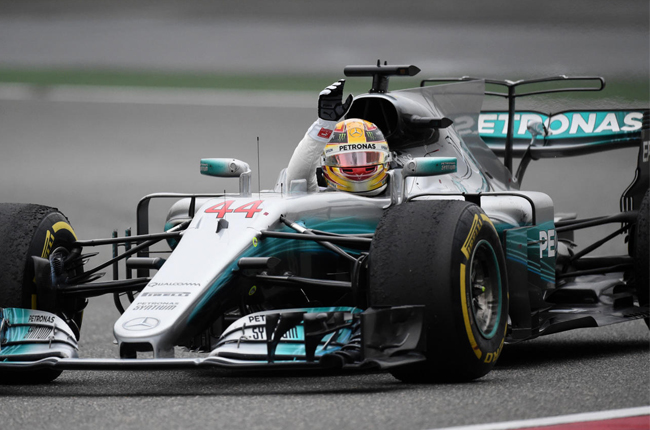 Lewis Hamilton dominated the 2017 Formula 1 (F1) Chinese Grand Prix from start to finish. With this, the British drivier is now tied for the top spot of the driver's championship with Scuderia Ferrari's Sebastian Vettel.

After a clean start at the damp Shanghai International Circuit in China, Hamilton secured the lead in turn 1 and never looked back. Vettel couldn't keep up with the Mercedes' pace and finished 6.2 seconds behind Hamilton. It was a close fight between Red Bull Racing teammates Max Verstappen and Daniel Ricciardo. Ricciardo challenged for the last spot of the podium several times, however, it was Verstappen who claimed 3rd place despite starting from 16th on the grid. Verstappen was awarded with Driver of the Day honors for his spectacular performance. Scuderia Ferrari driver Kimi Raikkonen struggled with power issues throughout the race, but he was still able to snag a respectable 5th. The other Mercedes-AMG Petronas driver Valtteri Bottas had a lackluster performance after starting 3rd. Bottas spun out during the safety car period on lap 7 however the Finnish driver was able to fight his way back and cross the line in 6th place.

Toro Rosso’s Carlos Sainz, who gambled on using the super soft tire compound, managed to make a comeback after spinning at turn 1 of the opening lap. Fast and consistent lap times from Sainz helped him complete the race in 7th.

Kevin Magnussen of Haas was able to gain 4 spots and finished 8th while Force India’s Sergio Perez dropped 2 places to reach the flag in 9th place. Furthermore, rookie driver Esteban Ocon of Force India, who started at the back of the grid, had an impressive race to claim 10th.

Other drivers who completed the race in order of finish are Romain Grosjean of Haas F1, Renault’s Nico Hulkenburg and Jolyon Palmer, Williams’ Felipe Massa, and Sauber’s Marcus Ericksson.

The Chinese Grand Prix saw 5 drivers fail to finish the race. Williams’ rookie Lance Stroll retired after a nudge by Perez in the opening lap. Sauber’s replacement driver Antonio Giovinazzi followed a few laps after when his car hydroplaned into the pit wall.

The next round of this year’s Formula 1 season will be at the Bahrain International Circuit on April 16, 2017.