After dominating all practice and qualifying sessions, Red Bull Racing’s Daniel Ricciardo continued his dominance of the race weekend as he won the 2018 Formula 1 (F1) Monaco Grand Prix. The Aussie led from start to finish, keeping Scuderia Ferrari’s Sebastian Vettel and Mercedes-AMG’s Lewis Hamilton at bay despite being restricted to just six of his car’s eight gears.

Known as an unforgiving track, the Monaco Grand Prix, oddly, saw an incident free opening lap from all 20 drivers. Ricciardo managed to keep his lead heading into turn one with rivals Vettel and Hamilton closely behind.

As the Aussie controlled the pace up front, Mercedes-AMG thought they could outsmart Red Bull Racing and called Hamilton in the pits to switch to the ultrasoft tires. Scuderia-Ferrari followed soon after and brought in Vettel for the same tire compound. 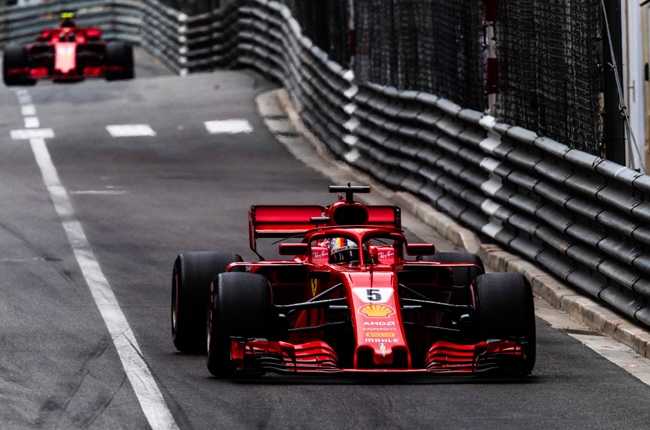 This forced Red Bull Racing to react a lap as Ricciardo opted for the same strategy. Unfortunately for Mercedes-AMG and Scuderia-Ferrari, their gamble didn’t pay off as the Red Bull Racing ace still came out in front.

With the race leaders done with their pit stops, it sure looked like Ricciardo had it in the bag (as long as he didn’t crash). But half-way through the race, the Aussie reported power loss. More bad news came in as Red Bull Racing admitted that they couldn’t do anything on their end to help fix the issue.

This allowed Vettel to close the gap to less than a second. In addition, the then slower RB14 race car started to bunch up the field that allowed Hamilton, Scuderia-Ferrari’s Kimi Raikkonen, Mercedes-AMG’s Valtteri Bottas to close in striking distance of each other. To make matters worse for the Aussie, rookie and home boy Charles Leclerc crashed into Toro Rosso’s Brendon Hartley late in the race due to a suspected brake failure. The significant damage on both cars and its carnage on track marked a quick virtual safety car period.

When the race resumed, Vettel and Hamilton struggled to get grip with their then cold tires. So much so that both drivers dropped back by more than five seconds each. This gave Ricciardo that much needed gap to relieve the pressure and bring his RB14 passed the finish line and win in Monaco. Vettel followed around seven seconds behind, while Hamilton dropped by as much as 17 seconds to finish in third.

Here are the full results: Hamilton still leads the driver’s championship over Vettel but only by 14 points. Meanwhile, Ricciardo slides into third just four points ahead of Bottas. The next race of the 2018 F1 season will be in Montreal, Canada on June 10, 2018.