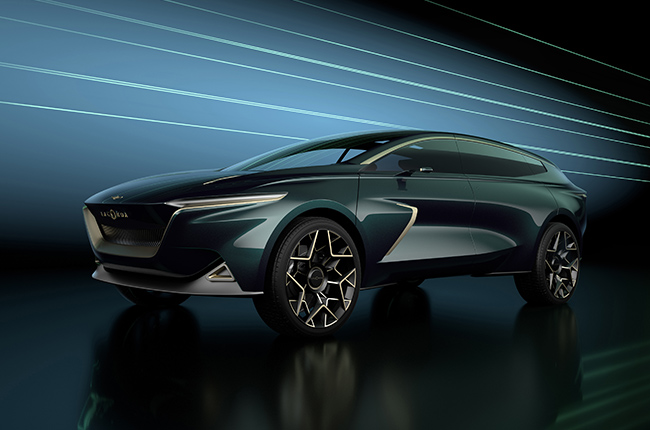 In Geneva, Switzerland, Aston Martin is proud to present the Lagonda All-Terrain concept. Aston Martin is dipping its foot in the world of electric vehicles by presenting its own electric SUV that focuses on luxury.

Related: 2019 Geneva International Motor Show: What you can expect

Taking advantage of near-future technologies such as the Battery Electric Drivetrain, the All-Terrain Concept is an ultra-stylish, supremely luxurious, fully electric, emission-free SUV that can traverse any road and take its occupants to the most remote and hard-to-reach locations. The design language of Lagonda is indeed futuristic. Similar to the Lagonda Vision Concept shown in the 2018 Geneva Motor Show, the Lagonda All-Terrain Concept aims to take its passengers of the beaten path to regions unknown, a characteristic that its design relative does not share. The design of the All-Terrain Concept is inspired by super yachts. Relaxed elegance to the rear-leaning gesture of the beltline emphasizes its futuristic appeal of the concept. Known for its high end grand-tourers, Aston Martin always boasts only the finest materials in the crafting of its cars. The floor’s stiff because of the batteries that power the concept.  This allows the Lagonda Concept to feature rear-hinged back doors allowing the passengers easy ingress and egress when combined with a roof that contains cut outs that open upward. 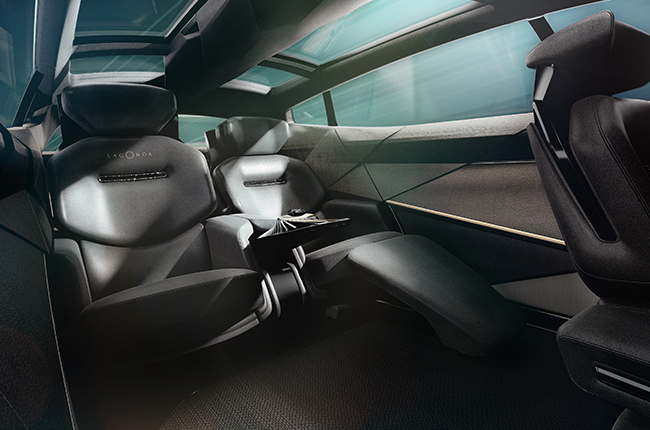 The Lagonda showcases Aston’s love affair with an interior that is very reminiscent of private jets. Moving on to the rear seat of the car, the interior is bathed with LEDs that are hidden from plain sight that give the car a sleek and sophisticated interior that is fitting for even the most particular of clientele. The organic fully-integrated design is also transferred to the entertainment system of the car. With no clear venting in sight, the speakers don’t present themselves obviously to the occupants with grilles and vents. A key feature, literally, is the floating key that is present in between the driver and the passenger. Through the use of electromagnets, the key becomes a celebrated center piece that can represents the point of contact the owner has when away from the vehicle.

Lagonda also reinvents the notion of luxury by foregoing the tradition wood and leather approach. The concept designers instead opted for materials such as Cashmere to reflect a future of unique materials that are not set in the past.

Lagonda will become a standalone brand that will cater to the luxury electric SUV market. The models under the Lagonda name will feature the latest in electric drivetrains and only the best luxuries for its customers.

In summation, for the All-Terrain Concept, Lagonda poises it to be supremely spacious, cosseting, and exquisitely appointed, but also forward thinking, bristling with creativity and innovation with its design and engineering. We will know more once Aston Martin reveals their full specifications about the Lagonda very soon, and we are looking forward to seeing how it will stack up in the luxury SUV totem pole.