Mazda Philippines launched the facelifted version of the Mazda2. As this is a mid-cycle refresh for the nameplate locally, only minor changes are done to the car. The nameplate also ditches its other trim levels and now only comes in a sole Elite trim-level for both sedan and the Mazda2 Hatchback variant. The engine is also carried over and the compact vehicle loses its manual transmission variant. 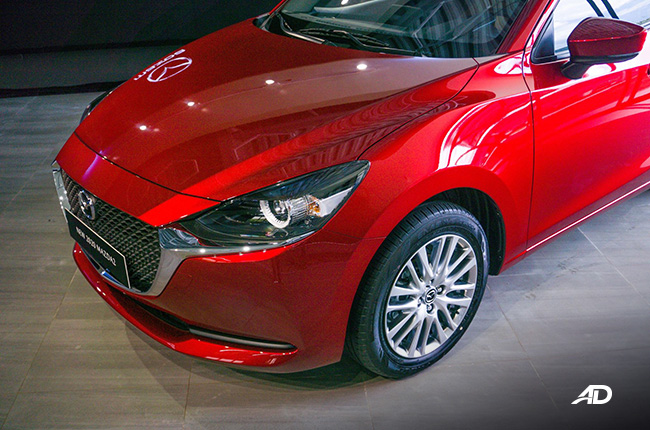 For the vehicle’s minor changes, the front of the vehicle adapts the meshed-grille that can be found in newer Mazda cars. This is paired with a new longer looking pair of LED headlights. The front fog light inserts are now small and slim horizontal pieces integrated into the lower grille of the vehicle. The new Mazda2 also ditches the old 15-inch wheels and now opts for bigger 16-inch alloys. Both the sedan and hatch still ride on 185/60 series tires. 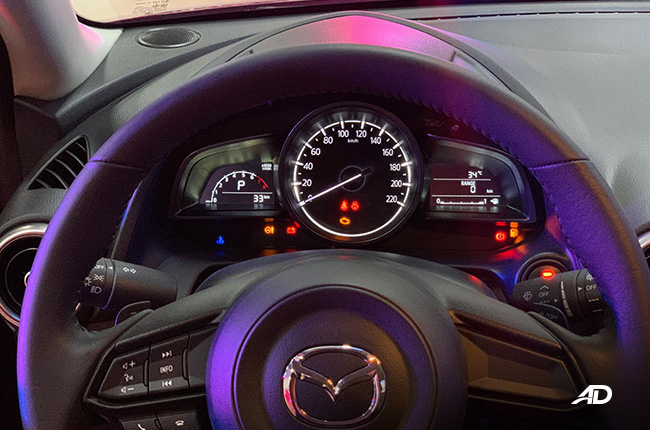 Moving on to the interior, not much has changed. The design of its predecessor remains but where the change is noticeable are the seats. The seats now come in black and brown fabric material. This replaces the black and gray theme of the previous model. Mazda says that the new seats have been upgraded to increase passenger comfort. The upgrades include a hard felt liner on the lower backrest that gives the seats better lumbar support. A spacer has also been added for the seat cushion allowing for better thigh support. Butt support has also been improved thanks to a torsion bar support added to the driver’s seat. All these changes to the seating add to a more pleasing riding experience. With the car’s handling in mind, the 2020 Mazda2 also comes standard with G-Vectoring Plus. The system reduces the engine’s torque during turns to counter the motion of the vehicle as it transfers weight from one side to another.

Mazda has also tuned the suspension of both the 2 hatchback and the sedan. The improvements come in the form of new valves on the shocks as well as a new set urethane top mounts. These help cushion the shocks and aid with reducing the vibrations that could enter the cabin. More improvements have also been done in terms of noise mitigation coming from extra urethane sealing found around the doors and hatch. An upgrade can also be seen with the infotainment, as the Mazda2 now features a 7-inch Mazda connect screen that now supports Apple CarPlay and Android Auto. Two key features if you want seamless smartphone integration in a vehicle. 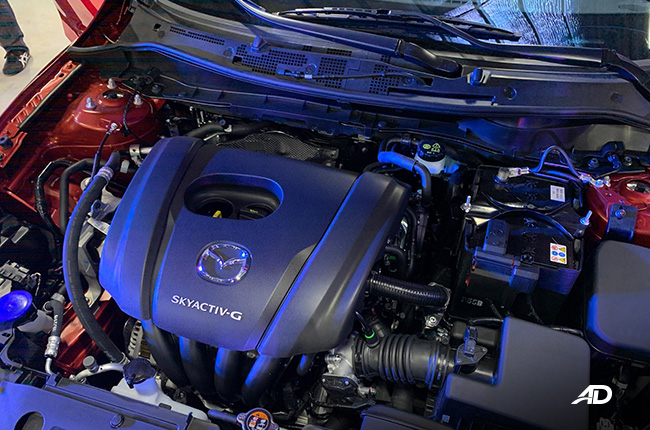 Power has also been improved in the vehicle but in small numbers. The same 1.5-liter naturally aspirated SkyActiv-G engine still powers the Mazda2. Torque was originally rated at 139 Nm, which is now 141 Nm. With more power comes a new torque band. Maximum torque now kicks in much earlier at 4,000 rpm instead of the previous 4,800 rpm

Pricing for both the Mazda2 sedan and Mazda2 Hatchback starts at P995,000 for the 1.5-liter Elite variants.