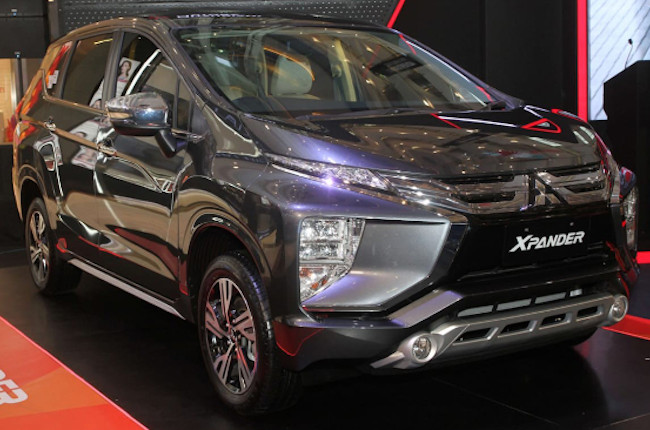 The Mitsubishi Xpander gets an update for 2020 in Indonesia. With its subtle exterior tweaks, the small MPV’s exterior look remains largely the same. Keen-eyed onlookers can pick out the differences between this facelifted model versus the outgoing one.

We noted several of the exterior changes to the Xpander in a previous article. The update was likely made in conjunction with the company’s design language. Following the Montero Sport’s update, the Xpander now has a grille that’s similar to the midsize SUV’s.

Also new are the 16-inch wheels that are two-tone with a 5 spoke design. The LED headlamps are new, which replace the old halogen reflector pair. Indonesian models still have the old bumpers and bodywork, but these extra additions spruce it up ever-so-slightly, but not too much that it moves away from the design of the old model.

According to Mitsubishi, a new beige-colored interior is available for higher trims of the model. Black interior models have upholstery that is slightly tweaked. A new seat pattern is adopted and faux wood and silver accents make up the trim pieces on the inside. There is also a new 7-inch touchscreen infotainment system onboard and a rear backup sensor.

Mechanically, the Xpander received no updates whatsoever. The same 1.5-liter engine still remains constant in the lineup and is the only powerplant on offer from Mitsubishi. The gasoline engine produces a total of 103 hp and 141 Nm of torque still. That being said, transmission options still remain the same with a 5-speed manual or 4-speed automatic running the show.

The model will start rolling out in Indonesia in March 2020. We assume that the Philippine launch will follow shortly after. Let’s hope history doesn’t repeat itself like what happened when the Xpander was initially launched back in 2018.