Ford Motor Company has laid out their business plans in the soonest future — and it doesn’t look good for their small cars. The blue oval brand announced their intention to focus more in producing SUVs and pickup trucks, while still aiming to be on top when it comes to electric vehicle (EV) technology and smart mobility.

In a presentation by Ford to their investors, the American marque sees the numbers for SUVs and pickup trucks as more profitable than smaller passenger cars. With that, they are re-allocating its $7-billion (around P357-billion) capital on small cars to produce more bigger models — a natural business move to supply what the market demands.

The decline of demand for small cars was apparent even early on, especially when Ford cancelled their plan for Mexico amidst tariff issues with US President Donald Trump.

Locally, the market trend is the same. Ford's best-sellers for August 2017 are their big guns: the Everest midsize SUV, the Ranger pickup truck, and the EcoSport subcompact crossover. You have to take note that these 3 have always been their top-sellers for the past year. This also reflects in the online car-buying trend as seen in AutoDeal's data for August 2017, where the Everest and EcoSport topped the list of most bought cars through the website.

Another issue that the blue oval brand addresses is the movement of the market towards electric vehicles. To keep up with the trend, Ford's re-allocating another aspect of their capital; a third of the current expenditures in internal combustion engines will be given to electrification. This will be on top of the $4.5-billion (around P229-billion) investment that was announced before. Also, the brand will continue for smarter vehicles — 90% of Ford vehicles sold globally will feature connectivity by 2020. 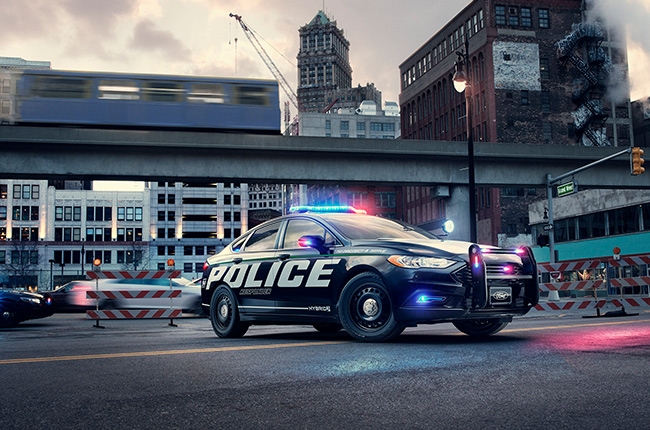 Ford is still solid in their commitment to build 13 electric vehicles in the next 5 years, including an F-150 Hybrid, Mustang Hybrid, Transit Custom plug-in hybrid, an autonomous vehicle hybrid, Ford Police Responder Hybrid Sedan, and a fully electric small SUV.

Moreover, they also announced an overall reduction in automotive cost growth by 50% through 2022. Aside from the mentioned re-assigning of capital, they are targeting a $14-billion (around P713-billion) decrement to their engineering and material costs. To do this, they are to increase the use of common parts within their lineup and reduce making prototypes.

Ford is also looking into more partnership to further reduce costs and increase potential in different markets. This can be seen in their recent partnerships in Asia — with Mahindra in India to explore business strategies and with Zotye Auto to develop new EVs in China.