Ford's revival of the Mondeo nameplate has attracted speculation from many different corners. The all-new sedan found itself testing in several markets over the past few months, leading some to believe that Ford could release the model outside of China.

Some have sighted the Mondeo in Belgium and the US, but that appears to be meaningless now. The 2022 Ford Mondeo has been revealed as a China-exclusive. While the vehicle is unlikely to reach our shores, we think it's worth exploring what Ford's newest sedan has to offer. The fifth-generation Mondeo is a result of the partnership between Ford and Changan. The sedan features a Changan-Ford's CAF488WQC 2.0-liter turbocharged gasoline engine, delivering 238 hp and 376 Nm of torque. It pairs with an 8-speed automatic transmission that sends power to the front wheels. That reportedly gives the Mondeo a top speed of 225 km/h, which isn't bad at all.

As for its looks, Ford gave the Mondeo a thorough upgrade. The sharp LED headlights and unique grille design remind us of the Territory's design. The resemblance is certainly there, but it's clear that Ford wants the Mondeo to stand out. 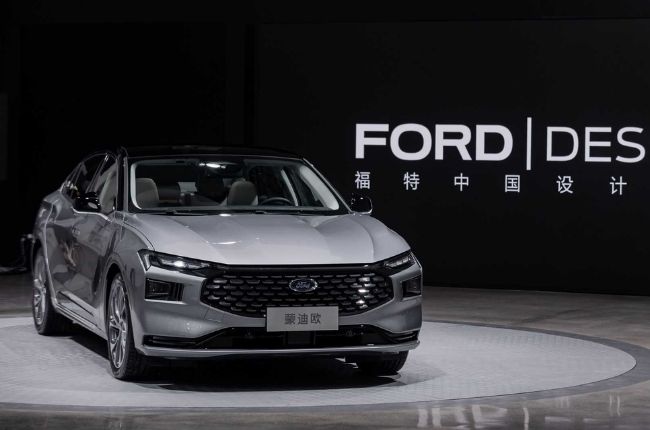 The sedan's side profile looks decidedly sporty, and the blacked-out roof only adds to that. Over at the rear, Ford kept things in line with the front end. There's a similarly sharp LED taillight layout with an aggressive twin-exhaust look down below.

What's most interesting about the Mondeo is that it represents Ford’s new design language in China. It's called "Progressive Energy in Strength," and we might be seeing it in more models sooner than later. 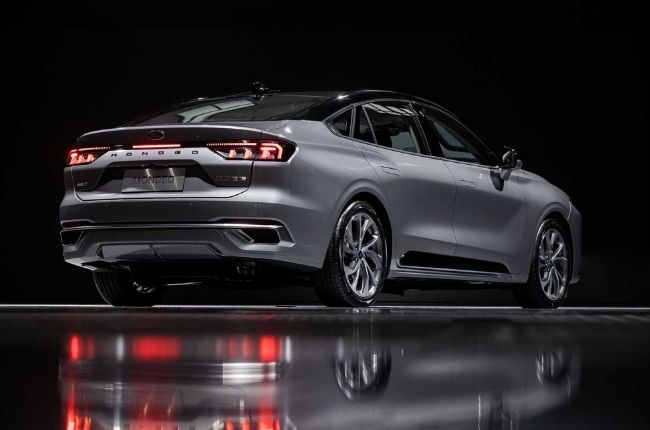 As for the Ford Mondeo, it remains exclusive to the Chinese market for now. Chances of a local release seem bleak, as Ford Philippines has not had a sedan in the lineup since discontinuing the Focus and Fiesta. If Ford does decide to reenter the local sedan segment, we think the Mondeo could be a great option.