Sojitz G Auto Philippines (SGAP) Corporation has acquired the distributorship rights for Geely Auto in the Philippines. The acquisition allows SGAP, who is also the distributor of Fuso, to import and sell Geely vehicles.

SGAP has been involved with the Philippines for quite some time. Since the 1960s, the company boasts ample experience in automotive sales and knowledge of auto financing. This time around Sojitz will introduce the Geely brand to the Philippine market.

Geely Auto was established back in 1997, and its model offerings include crossovers, passenger cars, MPVs and EVs and PHEVs. These vehicles range from subcompact varieties all the way to mid-sized models. The company is also a major innovator when it comes to hybrids and electric vehicles, with two of their models being offered with electric motors paired with a turbocharged motor. The HEVs aren’t the only ones to receive turbocharged motors, it appears that all models can be seen with turbochargers mated to either a four or three cylinder inline engine. Here is a run down of Geely’s lineup. Geely appears to have an MPV on offer, the JiaJi is a compact MPV that features a three-cylinder or four-cylinder turbo motor. This car can also be had with a hybrid powertrain to maximize fuel efficiency. The Geely BinYue is a subcompact crossover from the brand. It features the same engine as the one found in the JiaJi or it features a 1.0L with three-pistons. 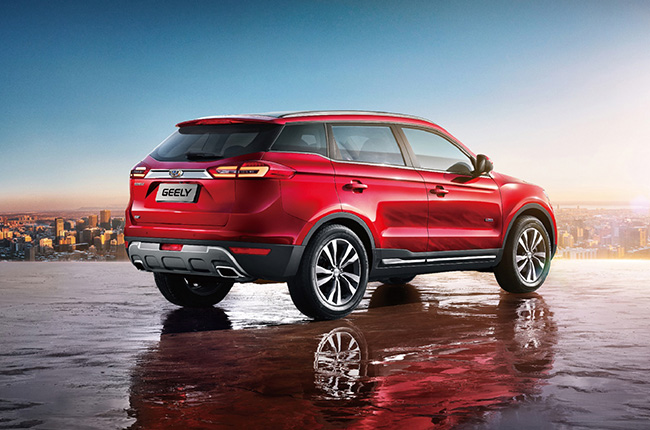 The compact offering in the range is the Geely BinRui flauts either a 1.0L three cylinder, or a 1.4L four-cylinder, both of which are turbocharged. Step up a notch and go for the Geely Emgrand midsize sedan. It’s HEV counterpart is the BoRui. Engines range from 1.8L turbo motors to naturally aspirated 2.4L inline-four, and 3.5L V6s.

No mention has been made of the models that will serve as initial offerings to the Philippine market. After combing the Geely Global website it appears that there are quite a few compelling offerings that can come from the brand. Having a turbocharged car can be a gamechanger for most motorists. Being able to feel the surge of torque can be a great experience for any driver, regardless of small displacements.