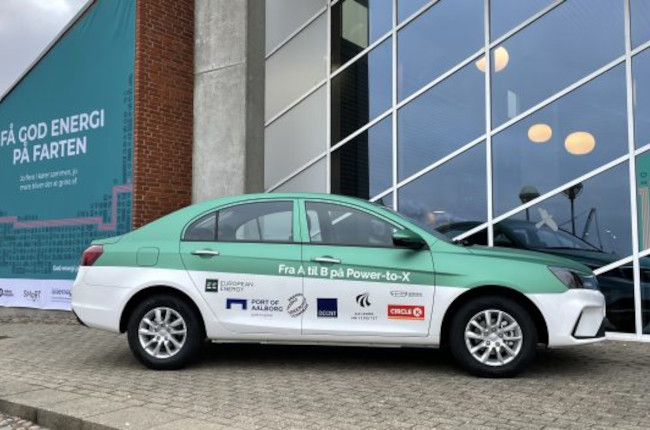 The Zhejiang Geely Holding Group (Geely Holding) is in support of the use of Methanol as an alternative source of energy for cars. The company has announced that it will be joining hands and partnering with Circle K Denmark, Aalborg University, and Fonden Green Hub Denmark to collaborate on a 15-month test and demonstration trial for Green e-methanol fuel and vehicles in Denmark.

Members of the European media as well as the Danish Minister for Transport, Trine Bramsen, were invited to the first test runs of Geely Methanol vehicles on Danish roads and were also invited to visit the brand’s e-methanol production facility at Aalborg University. Other municipal government representatives were also invited to the show in order to witness Geely’s initiative for a more sustainable future.

The test cars in question were a pair of Geely Emgrands that have been modified by Geely, as well as an Farizon M100 heavy truck—the first in the world. Danish partners were given these units as part of a long-term trial to support the promotion of green e-methanol and green e-mobility in Europe, as well as preparations for the safe introduction of e-methanol fuel in the European Union (EU). The brand’s e-methanol-powered vehicles feature a 70 percent reduction in CO2 production netting only 46 grams per kilometer of emissions, which is even lower than electric vehicles in some countries. Denmark has pledged to cut down its carbon emissions by up to 70 percent by the year 2030. The country is already on track to achieve this with the persistent use and development of solar and wind power. The country is also supporting the use of the e-fuel by establishing a strong infrastructure and foundation for production, storage, and transport of methanol fuel.

Not only does Geely have electric vehicles in its lineup, but the brand is also open to other technologies and fuel sources that will use more sustainable sources of energy.