Mazda Philippines recently launched the all-new Mazda3 Sedan and Sportback, but they had something missing that’s already a common sight in most cars. Much to our surprise, the all-new Mazda3 did not come with a touch screen infotainment system, but there are a number of reasons why we think it was a good call by the brand to do so. 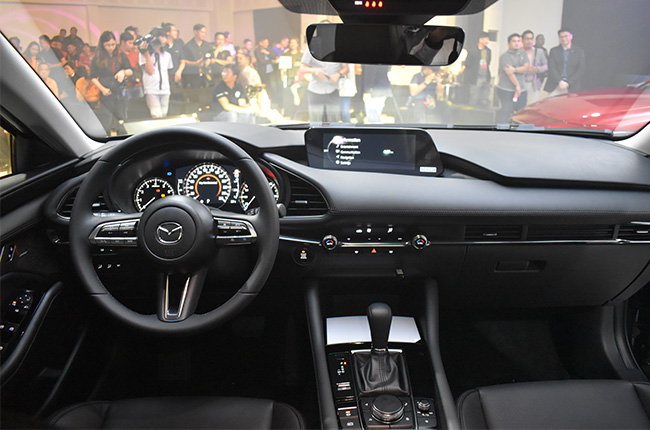 The placement of the infotainment is further back into the dash and is devoid of buttons. This gives it a more aesthetic look to the car which enables the driver to have a glimpse of it every now and then. If however, the infotainment was a touchscreen, this would make its usage more difficult and more dangerous as the driver would have to reach further forward in order to operate it. 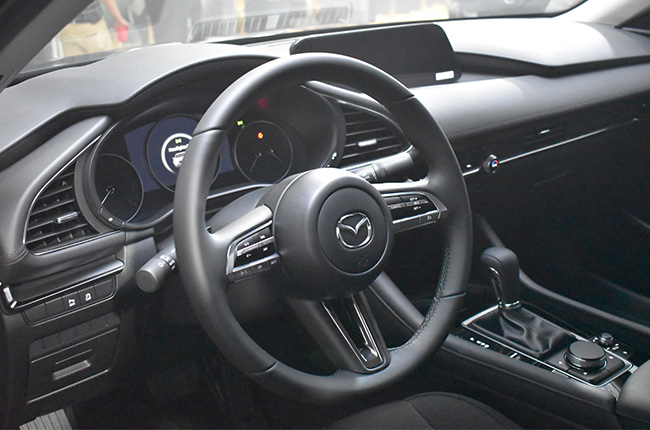 Consequently, if the head unit was touch screen, the driver would have to look away from the road for a longer time to operate the system. The shape of the dash also hinders the operation. The edge of the lower left side of the screen would be hard to access due to a slope in the dash’s design. 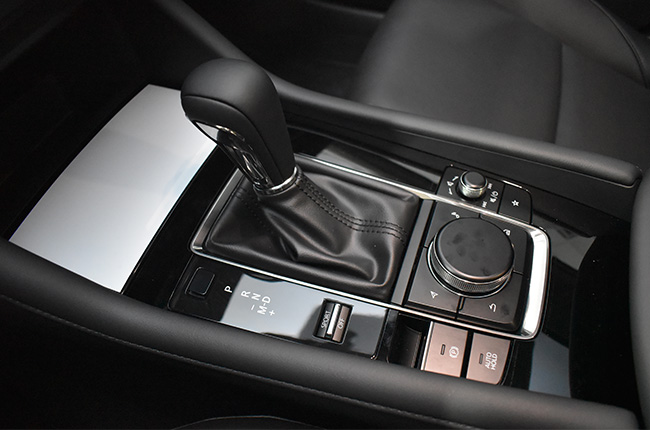 To offset the lack of a touch-controlled screen, Mazda put the infotainment controls much closer to the driver instead of the dash. Known as the Mazda Connect, the buttons are located right behind the shifter and next to the brake hold and parking brake. It’s similar to what older Mazda vehicles have, which features two knobs and 5 buttons.

The smaller knob acts as the power button as well as a volume adjuster. At the center of the controls is a bigger knob surrounded by four buttons used to help the driver navigate around the infotainment. These buttons are also large and easy to press adding to the ease of use.

In not opting for a touchscreen infotainment, Mazda was able to make the vehicle safer while at the same time making the cabin sleeker. That’s a win-win situation, if you ask us. The driver will no longer have to take their eyes off the road to operate the system which in turn, allows them to focus more on driving.