The all-new Mazda3 is here, and it’s been five years since we saw the release of the initial ground-breaking design back in 2014. This time around, Mazda retouches, refinishes, and retextures the Mazda3 to bring its already sleek design into a new era. So, what’s the difference, and how radical is the change from the previous iteration? 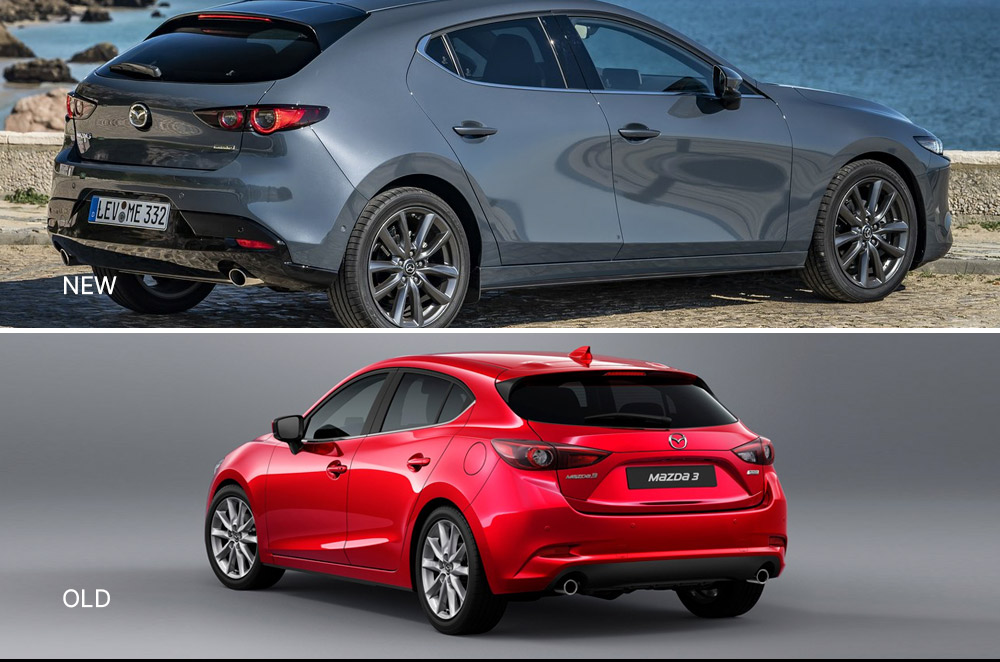 Starting off with the biggest change, we have the Sportback versus the Hatchback of yesteryear. Mazda has rebranded and renamed its five-door body style, and it’s one of the more substantial changes this year. The C-pillar is beefier than before, and features a new silhouette. 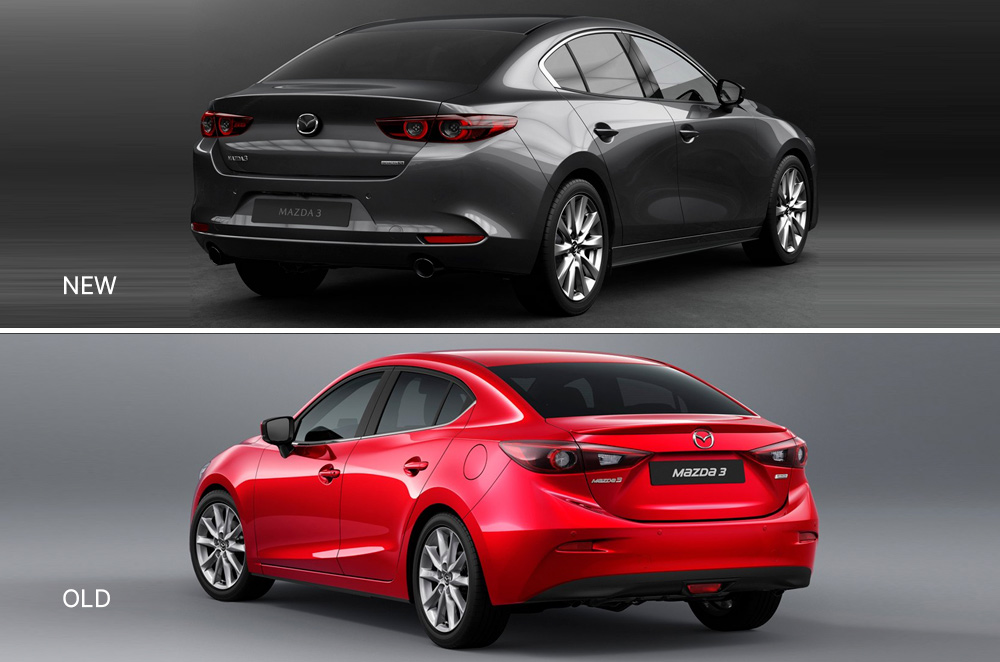 The sedan also gets a big update, but the rear is more modern. Both cars have similar rear lighting assemblies featuring LEDs, something that the old unit simply did not have. 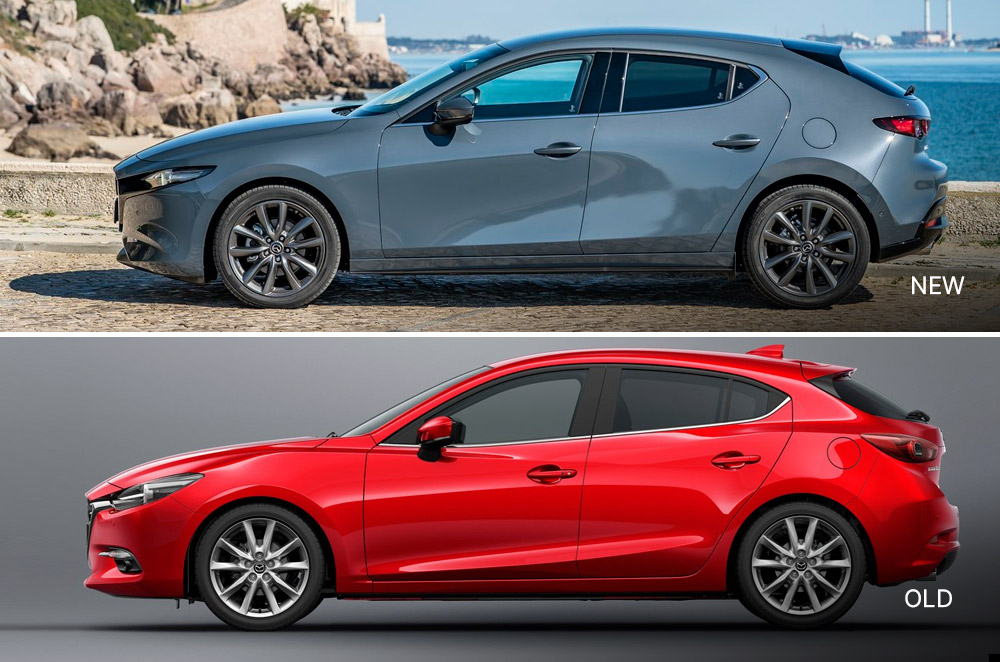 Across both body styles, the Mazda3 is now sleeker and looks more intense. What was once wide-eyed is now leering at the road in front of it.  What was once curvy and furrowed is now smoothened out and sleeker. It appears Mazda approached this model with refinement in mind. A clear focus was established in this new unit and it shows. Over the former model, the new Mazda3 has a wheelbase that is longer by 25mm. The overall length of the car has grown by 190mm which means that there should be more space on the inside for more cargo and passenger space. The width remains the same at 1,795mm, but now the new Sportback has a lower roofline than before. The sedan remains the same height at 1,440mm while the five-door comes in at 1,435mm in height, a 30mm difference from prior. The inside of the all-new Mazda3 is, like the exterior, a refinement over the last generation. The same layout is followed, but the infotainment screen is now pushed back further into the dashboard. The steering wheel is now updated and slimmed down, while the gauge cluster may look the same when the car is on, but it’s a high-resolution display unlike before where you have an analog display. You can also see various changes from the trim pieces all the way to the dashboard. While the layout remains the same, a few elements were changed from the former model.

Towards the center is a notable change, while you can get Apple CarPlay and Android Auto as an extra add-on to your old Mazda3, the new one comes with the provision right out of the gate. You do lose the touch screen, however. The system is ready to accept your smartphone pairing software whatever camp you’re in.

Instead of a heads up display on a separate pane of glass, the new model projects its display onto the windshield, giving you a seamless look all throughout. The new Mazda3 now has more airbags over its previous generation. You have a total of seven which includes the driver and front passenger, driver and passenger side, left and right curtain, and driver knee airbags that encapsulate the cabin in the event of a crash.

In the top-of-the-line trims, the Premium and Speed, the car will come with a 360-degree camera that lets drivers see everything around them. The old model made do with a backup camera. The new system is undoubtedly better in this regard.

On the note of driver’s assists, previous-generation Speed and Premium variants were equipped with blind spot monitoring, but the new-generation Speed and Premium models have rear-cross traffic alert and lane-keep assist. The car will also have smart brake support for the front and rear. This feature will let you keep both ends of your car pristine from accidental bumps and bruises. The powertrain of the 2020 Mazda3 is the same. In both high and low trims, you get the 2.0L and 1.5L SkyActiv-G engines mated to the SkyActiv-Drive 6-Speed Automatic with Sport Mode. You can expect the same level of performance from both generations, at 151 hp and 200 Nm of torque.

While the exterior gets a big refresh and the interior a slight tweak, the engine is conservative for now, provided that Mazda Philippines will bring in the new SkyActiv-X Mazda3 soon, which we cannot yet confirm if at all.