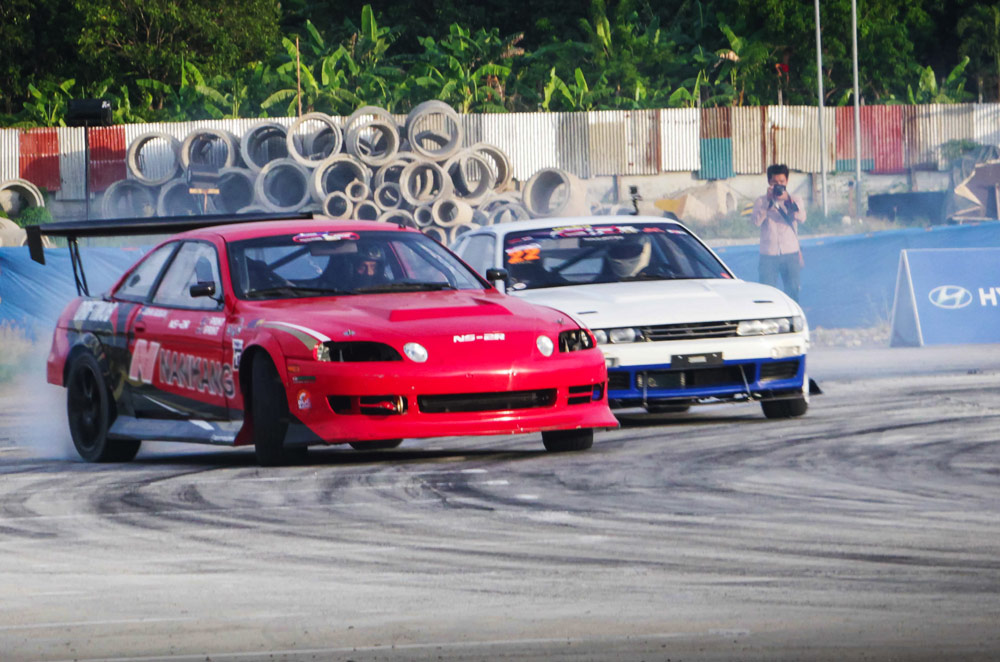 Coinciding with the first-ever Philippine ARENA Motoring Festival (PAMF), the 2015 Hyundai Lateral Drift Championship held rounds 3 and 4 in an action-packed weekend last May 23/24.

Up in the Pro Division, Team GMW saw the top step on the podium spot once more. Boodie Dabasol took home 1st onboard his 1978 Mitsubishi Lancer L-Type, while Gio Rodriguez of Team Atoy Customs placed 2nd and Joson Choachuy settled for 3rd.

The action continued the next day in Round 4. Stephen Ng made a brilliant leap to clinch 1st place in the Amateur Division, relegating John Lazaga and Alex Nunez to 2nd and 3rd, respectively.

In the Pro Division, Boodie Dabasol did it again with a 1st place victory over team Driftmob’s John Boban. Gio Rodriguez finished the round in 3rd.

Midway into the season, Gio Rodriguez maintains his lead in the Pro Division standings. Not far behind in 2nd and 3rd are John Boban and Boodie Dabasol. The Amateur Division scoreboard meanwhile has Stephen Ng in the lead, followed by Alex Nunez in 2nd and John Lazaga in 3rd.

There is no official schedule yet for Round 5 of the 2015 Hyundai Lateral Drift Championship, but tentatively, the event is said to be held in either the CCP parking area or the newly-built racetrack in Tarlac.

The 2015 Hyundai Lateral Drift Championship is organized by the Lateral Drift Productions in partnership with Hyundai Asia Resources Inc. (HARI).