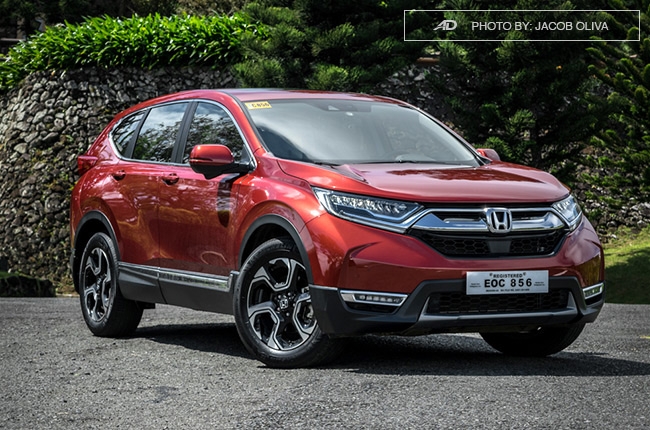 In our Honda CR-V reviews, we’ve always been impressed with this crossover’s outstanding technological features. It’s not about just being high-tech, but it shows how the brand prioritizes safety in its lineup of cars. The ASEAN New Car Assessment Program (NCAP) doesn’t turn a blind eye on that fact.

This year, ASEAN NCAP, the organization that conducts crash tests and analyzes the safety features of brand-new vehicles, awards the Honda CR-V with two commendations in its recently-concluded Grand Prix Awards in Indonesia. The crossover’s award-winning features such as Honda SENSING and LaneWatch are at the forefront of its impressive tech equipment, which works hand in hand with its plethora of passive safety features. The 5-star earner CR-V is regarded as the safest SUV in Child Occupation Protection (COP), while also reaping the “ASEAN NCAP Excellent Award - Consistent 5 Star.” The latter is a citation for the nameplate that got excellence and continuous 5-Star ASEAN NCAP safety rating, with its fourth- and fifth-generation models getting the highest citation consecutively.

With the CR-V’s achievements come an impressive history of ASEAN NCAP awards for Honda. Check out this table to see what the Japanese carmaker has been getting since 2014: 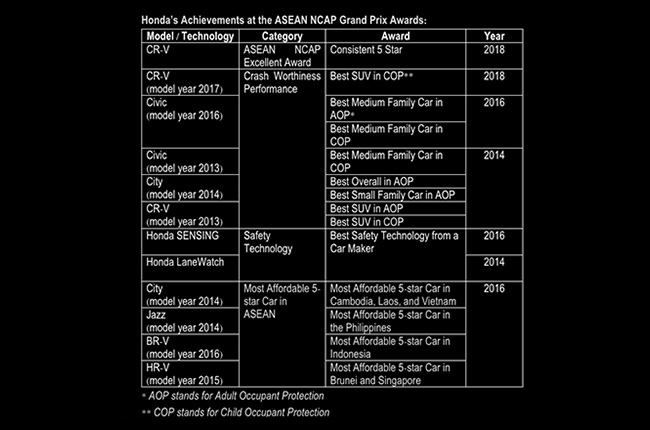