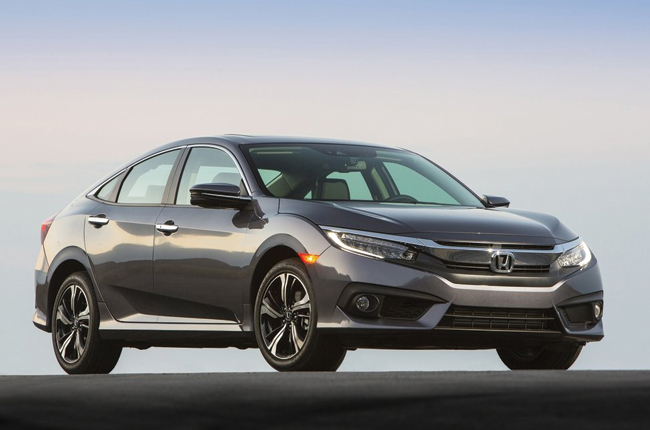 The 4-door sedan takes on a more aggressive exterior. It’s got this menacing look for its front fascia that’s fitted with LED headlamps and daytime running lights (DRL). In addition, its side profile also evokes a coupe-like impression due to its extended roof line. At the back resides a redesigned tail light that’s also fitted with LEDs. But the biggest update about the all-new Civic is what’s found under the hood. Aside from the 1.8L engine, the car will also be offered with a turbocharged power plant - a first for the Civic nameplate and for the brand itself on Philippine soil. Its performance figures boast an output of 172 hp and 220 Nm of torque.

Also new to the Civic is an Earth Dreams Technology developed continuous variable transmission (CVT), which Honda claims to reward the driver with a fun-to-drive experience.

And to spice things up for the local market, HCPI will embody the all-new Civic with an RS (Road Sailing) design. This makes it the 2nd car on their fleet to carry the style, along with the Honda Mobilio.

To know more about Honda Cars Philippines and their latest models, check out the AutoDeal Car Guide.