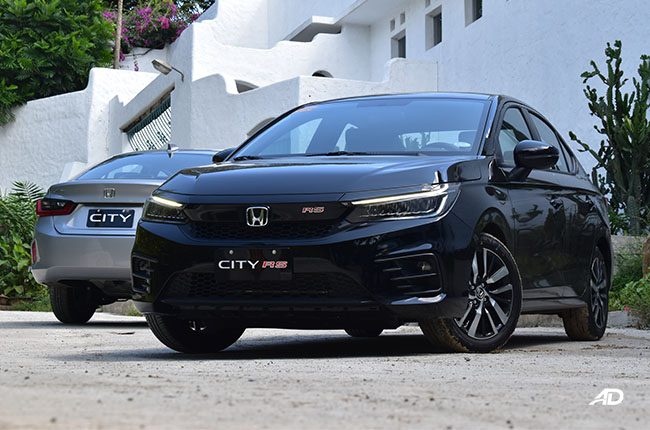 The 2021 Honda City is proving to be a great success for Honda Philippines. Despite the tough competition from other brands and the popular trend of crossovers, the humble Japanese sedan has already started selling well since its launch in the country. From its local debut in October of 2020 to February of 2021, there have been more than 1,200 units sold of the Honda City in the Philippines.

Breaking down the figures reveals that out of the 1251 total units sold, the Honda City 1.5 S CVT variant took 43% of the total sales with 548 units. This was followed closely by the top-of-the-line Honda City 1.5 RS CVT which sold 376 units. The middle-tier variant, the 1.5 V CVT, also comes close to its RS sibling with 262 units sold. The entry-level manual model, on the other hand, was able to sell 65 units. All things considered, it looks like Honda has made a very attractive lineup, as even the entry-level automatic is already outselling the RS model based on its October 2020 to February 2021 sales figures.

The Japanese brand has put in the effort in designing its new subcompact sedan as it takes on the concept of an “Ambitious Sedan.” Honda wants to take the lead in the segment in terms of design, comfort, technology, and convenience. The automaker has made the 5th generation Honda City longer and wider than its predecessor, all while maintaining a spacious interior and showcasing advanced features. Honda has even made the push to start function standard for all models, allowing for a more convenient driving experience. It has also added an 8-inch infotainment system as standard for the S CVT models all the way to the RS models. It is important to note that with the new 8-inch infotainment system, Apple CarPlay and Android Auto have also been made standard.

Under the hood, Honda has also improved the City’s engine by giving it a new Dual-Overhead-Cam (DOHC) motor that has an improved torque curve. While its power output remains similar to the older model, it still produces 118hp and 148 Nm of torque. Thanks to its new lighter body, the 5th generation Honda City retains the sporty feel and drive of its predecessor all while maintaining great performance and fuel efficiency.